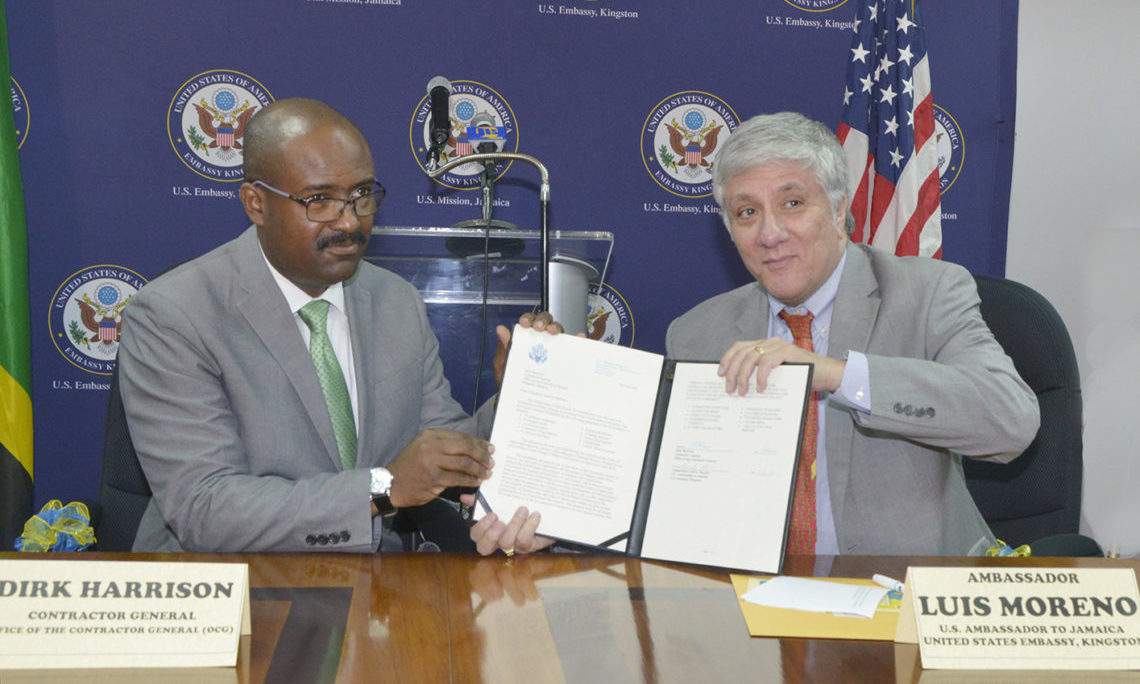 On June 19, 2017, the Office of the Contractor General (OCG) hosted the official handover ceremony of fifty computers and related equipment, donated by the International Narcotics and Law Enforcement (INL) Section, of the United States Embassy, Kingston. Valued at approximately US$80,000, the items include computer desks and chairs, fireproof cabinets, scanners, projectors and printers.

Speaking at the ceremony, outgoing U.S. Ambassador to Jamaica, Luis G. Moreno announced that “Support will continue in the second half of the year with an expected delivery of another US$135,000 in equipment”. He said, “The United States continues to commit significant resources to the global anti-corruption fight. The Department of State and USAID combined, spends about $1 billion a year to combat corruption and to foster good governance”.