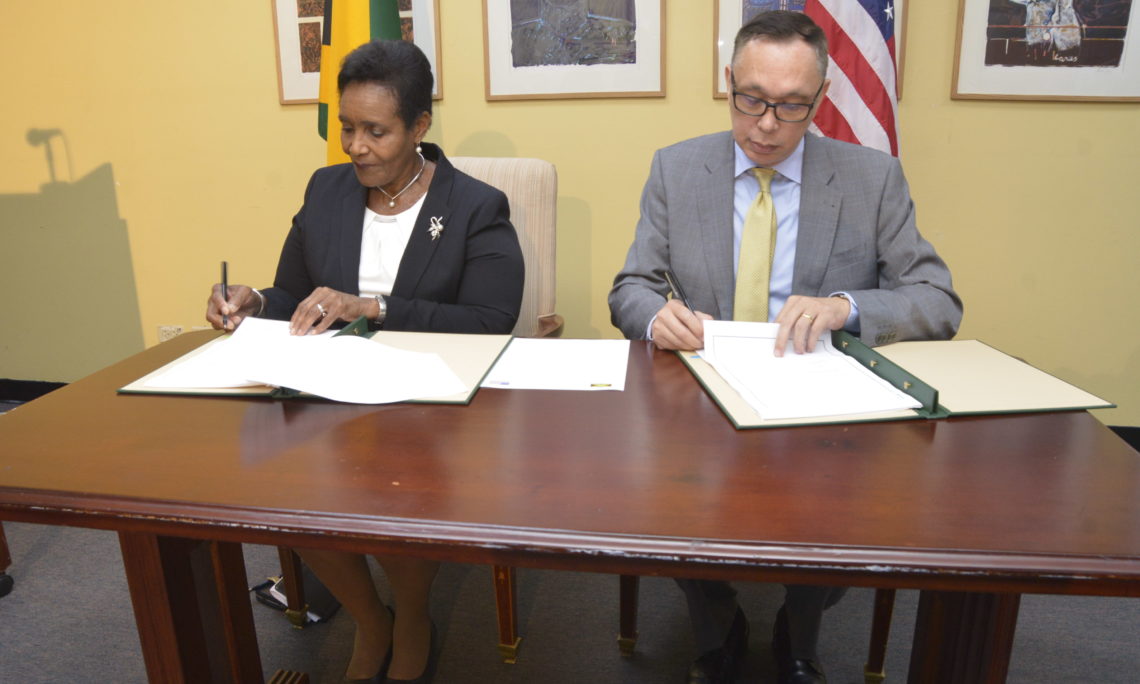 The Governments of the United States and Jamaica finalized a new partnership to combat child trafficking.  The U.S.-Jamaica Child Protection Compact (CPC) Partnership, signed on Thursday, May 30 by U.S. Chargé d’Affaires Eric Khant and Permanent Secretary in the Ministry of Foreign Affairs and Foreign Trade Marcia Gilbert-Roberts is a jointly-developed, four-year plan to enhance the efforts of the Jamaican government and civil society to combat child trafficking.  This is the first such partnership in the Caribbean and the fourth in the world. The signing was the culmination of months of collaboration between the two countries, with Jamaica’s National Task Force Against Trafficking in Persons (NATFATIP) leading the development of this partnership in negotiation with the U.S. Department of State’s Office to Monitor and Combat Trafficking in Persons (TIP Office).

During the occasion, Chargé d’Affaires Khant expressed that “the United States is pleased to partner with NATFATIP and its member entities, as well as with dedicated civil society organizations, to work collaboratively to protect Jamaica’s children and defend its future.”

The CPC Partnership reflects a shared concern that child trafficking has a devastating and lasting impact on children, undermines security and the rule of law, and is sometimes linked to organized crime, gang violence, corrupt officials, or other criminal activity.  Both governments have committed to working collaboratively in Jamaica over the next four years to support improved and sustainable policies and practices to combat all forms of child trafficking.