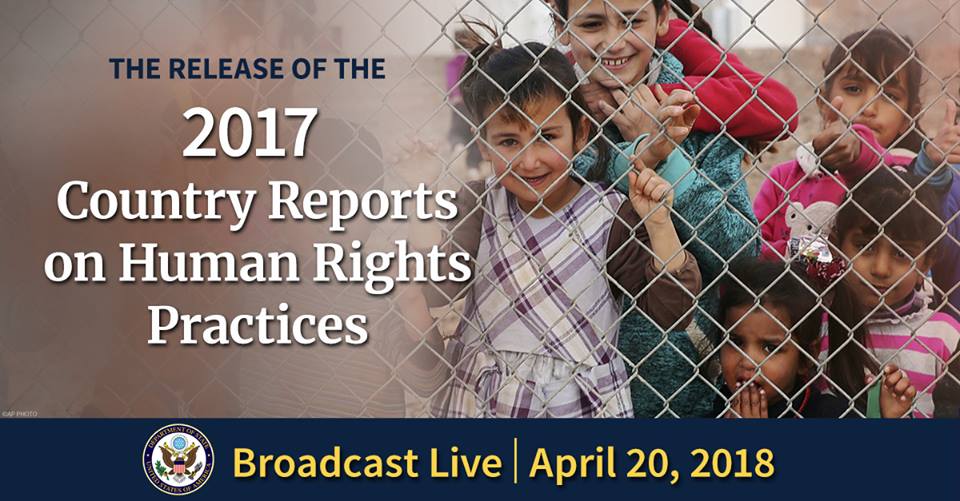 We are a nation founded on the belief that every person is endowed with inalienable rights. Promoting and defending these rights is central to who we are as a country.

The 2017 Country Reports on Human Rights Practices (The Human Rights Reports) document the status of human rights and worker rights in nearly 200 countries and territories. These reports are required by U.S. law and are used by a variety of actors, including the U.S. Congress, the Executive branch, and the Judicial branch as a factual resource for decision making in matters ranging from assistance to asylum.

The 2017 U.S. National Security Strategy recognizes that corrupt and weak governance threatens global stability and U.S. interests. Some governments are unable to maintain security and meet the basic needs of their people, while others are simply unwilling. States that restrict freedoms of expression and peaceful assembly; that allow and commit violence against members of religious, ethnic, and other minority groups; or that undermine the fundamental dignity of persons are morally reprehensible and undermine our interests. The Governments of China, Russia, Iran, and North Korea, for example, violate the human rights of those within their borders on a daily basis and are forces of instability as a result.

Our foreign policy reflects who we are and promotes freedom as a matter of principle and interest. We seek to lead other nations by example in promoting just and effective governance based on the rule of law and respect for human rights. The United States will continue to support those around the world struggling for human dignity and liberty.

I am pleased to release the Country Reports on Human Rights Practices for 2017 on behalf of the Department of State.