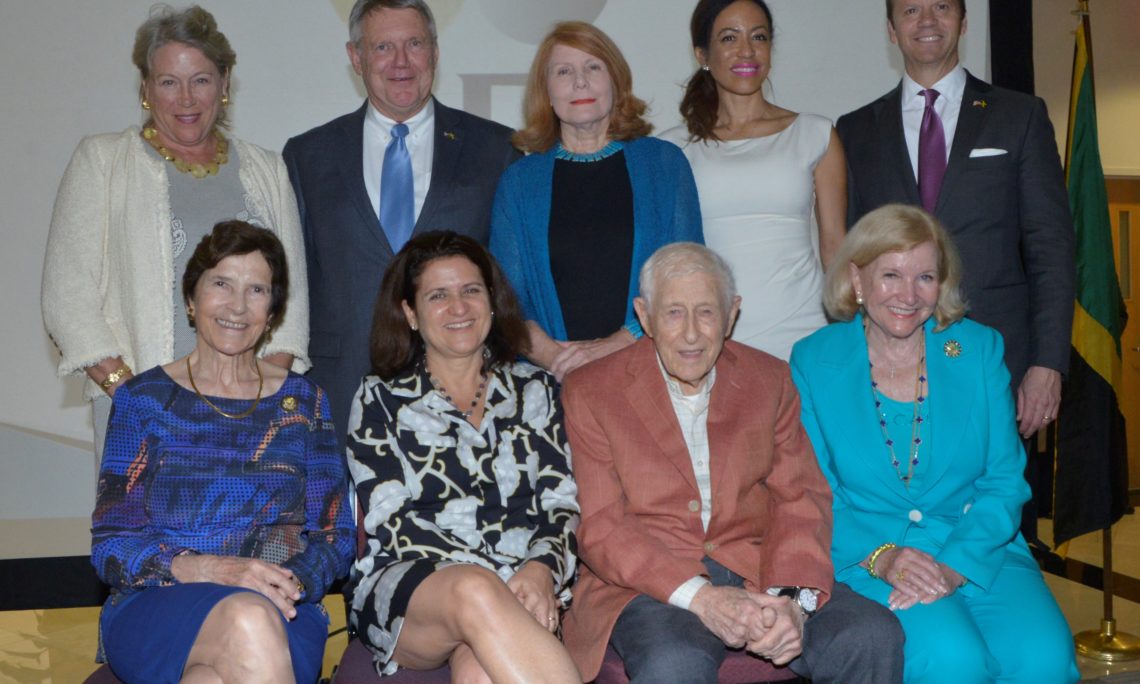 an Friends of Jamaica recently hosted its annual grant awards ceremony.  The event was held on April 3, 2017 at the U.S. Embassy in Kingston.

Discretionary and donor-direct grant awards totaling more than US$300,000 (JA$40 million) were presented to 27 Jamaican non-profit entities including the Alpha Institute, SOS Children’s Village and the Jamaica Environmental Trust.

Founded in 1982, the American Friends of Jamaica is a charitable organization built on the principles of service and philanthropy. The AFJ works with a broad coalition of Jamaican organizations and stakeholders to bring about change in the lives of Jamaicans in need. Since its founding 35 years ago, the AFJ has distributed millions in health care and education grants, disaster relief aid and scholarships.

The Board of Directors of the American Friends of Jamaica (AFJ) led by President Wendy Hart, includes former U.S. Ambassadors Sue M. Cobb and Brenda Johnson who delivered remarks at the event.  Deputy Chief of Mission (DCM), Eric Khant also brought greetings on behalf of United States Ambassador to Jamaica, Luis G. Moreno. Mr. Khant lauded the AFJ for their outstanding work in promoting educational, health and social services to persons across the

island.  He also encouraged beneficiaries to remain steadfast in their work, which is making a positive impact in the lives of many.

While on the island, the AFJ Directors participated in several other activities including a tour of the St. Ann’s Bay Hospital Male Surgical Ward upgrade project which the organization funded.