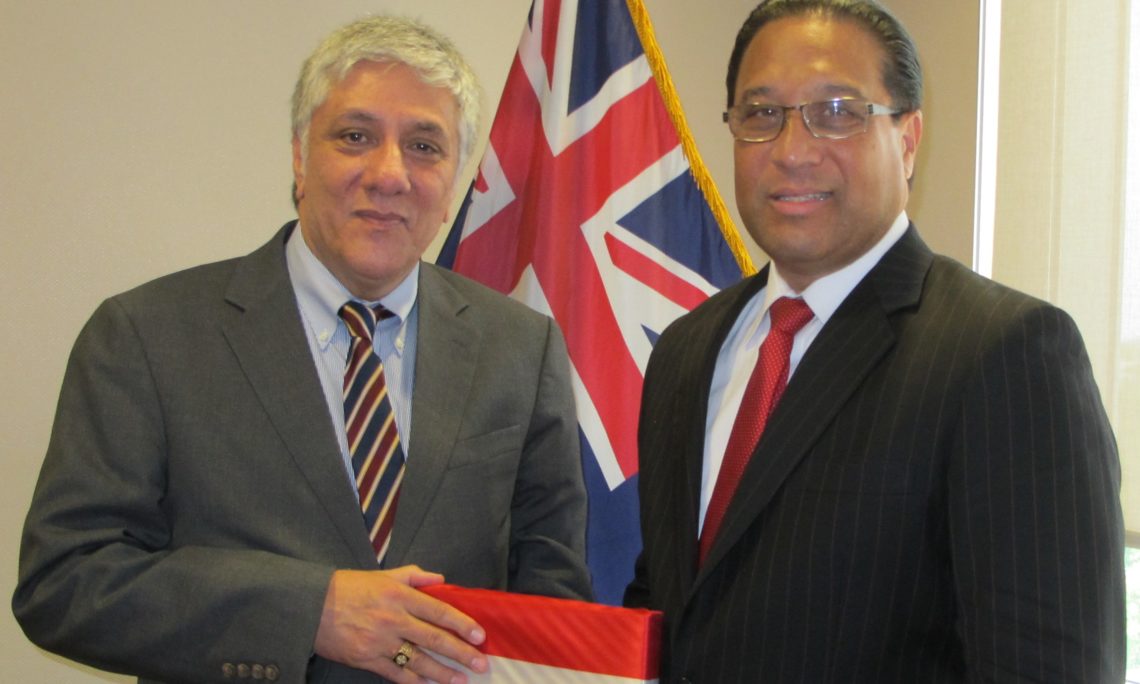 On August 18, 2016, United States Ambassador to Jamaica Luis G. Moreno visited the Cayman Islands for outreach to Americans and other U.S. interests. The visit was also used to celebrate the US’ 240th Anniversary of Independence. While in the Caymans, Ambassador Moreno paid a courtesy call to Premier The Honourable Alden McLaughlin. Moreno and McLaughlin discussed the issue of United States visas for Caymanians and other matters relating to US residents living in the Cayman Islands and Jamaica. Ambassador Moreno and his contingent, which included Consul General Mike Schimmel, Counselor for Public Affairs Joshua Polacheck, Political Officer Rebecca Molinoff and Chief, Office of Security Assistance Brian Simpson also met with Gov. Helen Kilpatrick and Deputy Governor Franz Manderson.