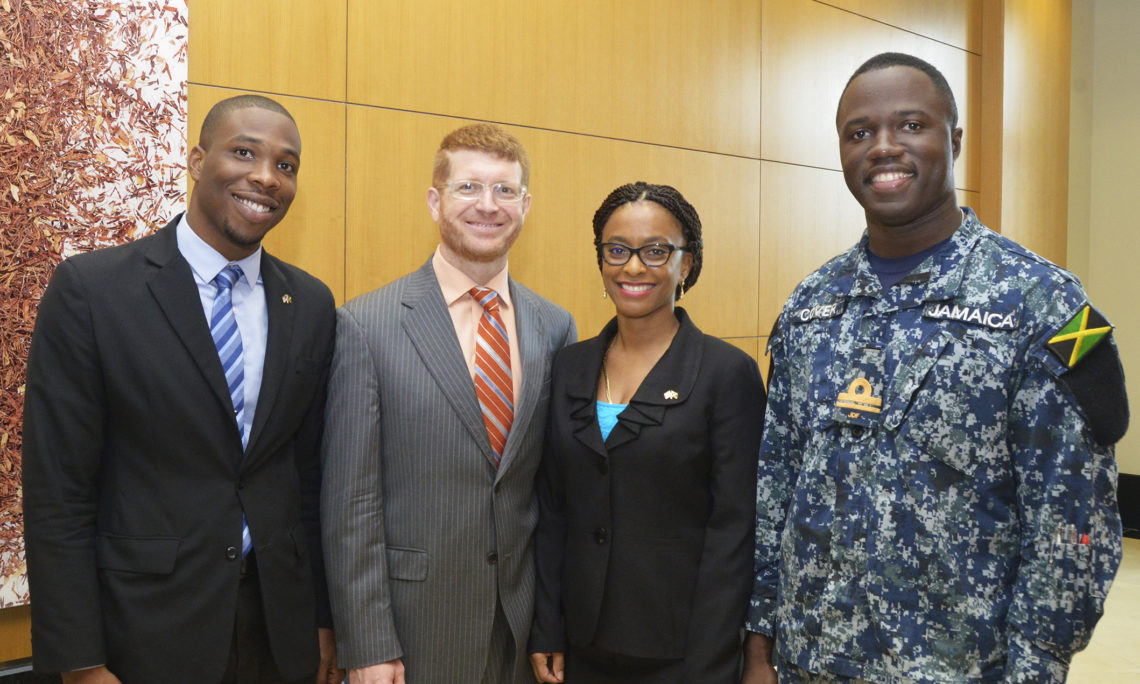 The IVLP, which ran from March 7- 15, 2016, covered several areas including the vital role of public/private partnerships in supporting good governance and discouraging corruption; the dynamics of political campaign financing and government procurement and the mechanisms that enable citizens to foster good governance, ethical standards, and accountability at the local and national levels.

Commenting on the success of the program, U.S. Embassy’s Counselor for Public Affairs, Joshua Polacheck said “The impetus on law enforcement to have well-trained leaders who have the requisite skills is vital, in large part, to national development and good governance of any nation. The U.S. Embassy in Kingston is pleased to support this exchange which strengthens the partnership between the United States and the country and people of Jamaica.”

During the week long program, participants including persons from Suriname, The Bahamas and Guyana, were also given an overview of U.S. federal system, government ethics and standards including mechanisms to maintain transparency and honesty in the federal government and the whistleblower protection program.

The Office of International Visitors manages and funds the IVLP, which seeks to build mutual understanding between the United States and other nations through carefully designed professional visits to the United States for current and emerging foreign leaders. Jamaican participants in previous IVLPs include Prime Minister, The Most Honorable Andrew Holness, former Prime Minister and Leader of the Opposition, The Most Honorable Portia Simpson Miller, Director of Public Prosecutions, Paula Llewelyn and Permanent Secretary in the Ministry of Culture, Gender Affairs, Entertainment & Sports, Alison McLean.