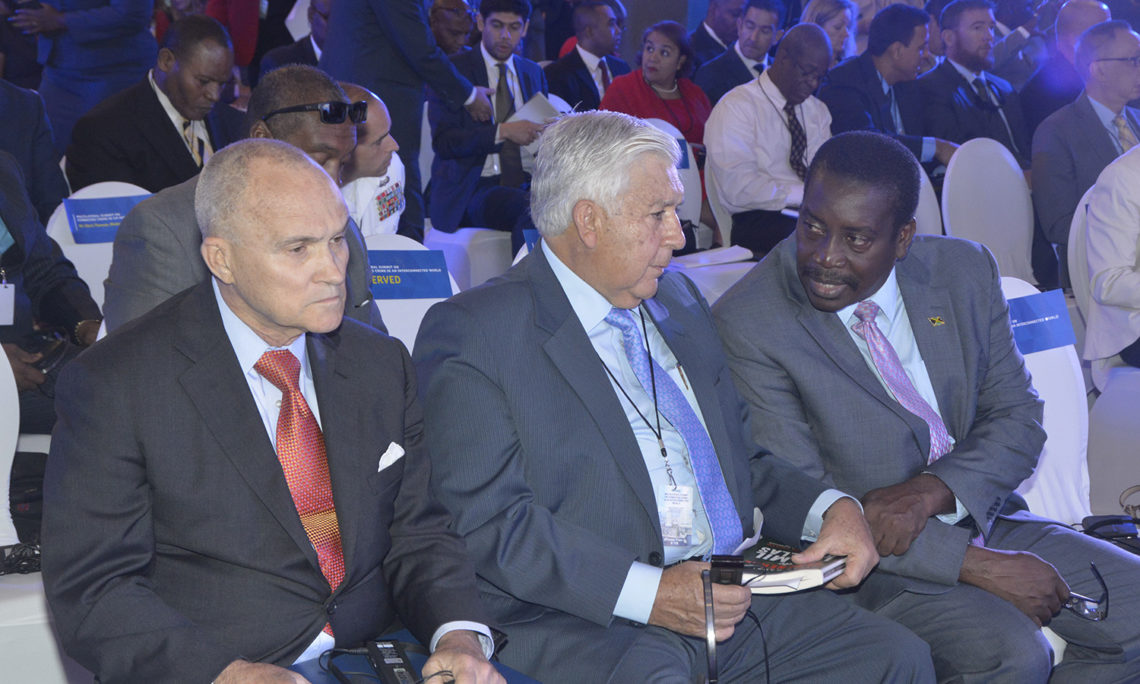 Speaking at the event United States Ambassador to Jamaica Luis G. Moreno said “enhancing security and law enforcement cooperation is a top priority for the U.S. Embassy in Jamaica.  Our focus in that effort is to disrupt and dismantle the transnational criminal organizations that endanger citizen security, stunt economic growth, and undermine governance not just in our separate countries, but throughout today’s networked world.”

On the closing day of the two-day summit the Ambassador announced a two-year, $4 million U.S. Dollar agreement between the United States Agency for International Development and the Government of Jamaica to support the Ministry of Education, Youth, and Information’s “Safe Schools Program.”  USAID will contribute $3 million and the Ministry of Education will contribute $1 million.

The Safe Schools Program promotes a culture of lawfulness and increases safety in schools and communities across Jamaica. The program is unique, as it embeds Jamaican police officers in schools across the island to, improve relationships between youth and police, build school- and community-based partnerships to combat anti-social behavior among vulnerable youth groups, raise the skills and overall capacity of school officials, law enforcement, and other social service professionals and ensure that safety and security policies in schools are followed.

The U.S. Embassy continues to partner with the Government of Jamaica, civil society and other stakeholders to enhance security and law enforcement cooperation.