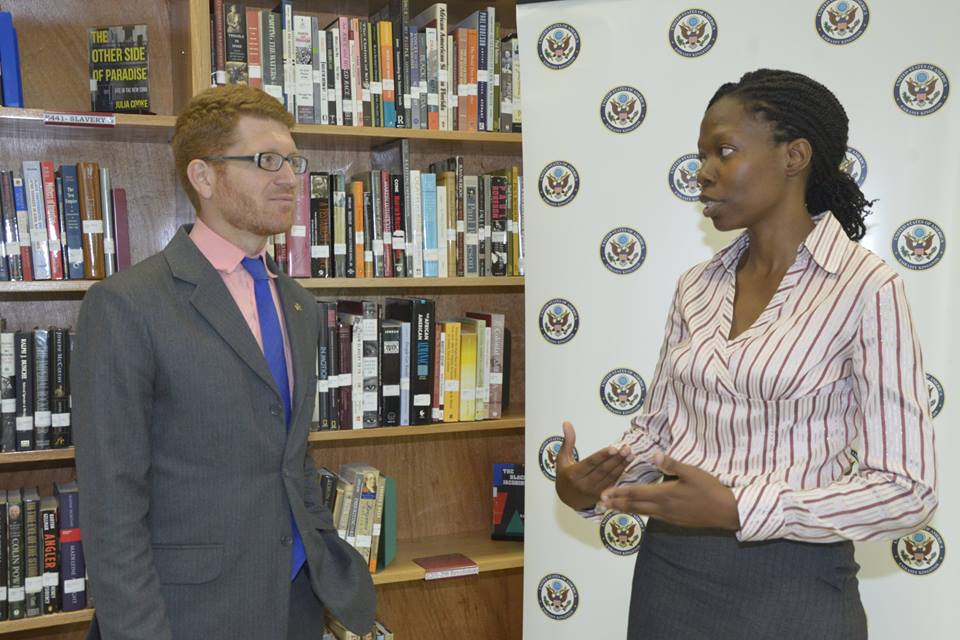 Jamaica’s youth continue to make significant strides through professional and educational exchanges in the United States.  Esther Pinnock is the most recent returnee from the Atlas Corps Program, where she served as an Atlas Corps Fellow with primary responsibility for communications engagement.

Esther was one of 22 participants from various countries across the world including Tunisia, Pakistan and El Salvador.  She demonstrated Jamaica’s prowess in leadership and provided invaluable services to the Atlas Corps Team.

Prior to her Atlas Corps participation, Esther served as Executive Director for three and a half years to the Citizens Advice Bureau.  As the youngest individual to hold this position, she had the primary responsibility for ensuring that Jamaicans had access to information and resources which empower and raise awareness on the citizenry’s rights and responsibilities.

Through the Atlas Corps program, Esther recognized the potency of organized advocacy.  She saw firsthand how change can be truly effected within a society through planned, peaceful and knowledge driven expression of discontent.  She now intends to use her sharpened skill sets to engage and encourage Jamaica’s youth to lift their voices in support of positive change within their community and more broadly across the island.  This Esther is committed to, as she believes that citizens must become more involved in nation building; more aware of their government’s roles/responsibilities and their own rights.

As a St. Jago High School and Carimac graduate Esther lives by the mantra “do unto others as you would have them do unto you” and the famous Earnest Hemingway  quote “true nobility is not being greater than your fellow men but greater than your former self”. She strives continually to improve herself and staunchly believes in people-to-people collaboration, not competition.

Atlas Service Corps, Inc. (Atlas Corps) which started in 2006, is an international network of nonprofit leaders and organizations that promotes innovation, cooperation, and solutions to address the world’s 21st century challenges. The program’s mission is to address critical social issues by developing leaders, strengthening organizations, and promoting innovation through an overseas fellowship of skilled nonprofit professionals.

To learn more about this and other educational and professional exchanges facilitated U.S. Embassy Kingston, visit kingston.usembassy.gov.

The Atlas Corps Fellowship allowed me to:

1. Build friendships with social changemakers from countries all over the world including, Azerbaijan, Pakistan, Nicaragua, China, Russia, Uganda, Liberia, Palestine, Sudan and others

2. Represent Jamaica as a citizen ambassador, to share  Jamaican culture and to correct some of the stereotypes about Jamaicans

3. Visit fun and historic sites; had my first bowling experience in the White House!

4. Participate in global dialogue on international policy and social innovation as volunteer, patron and presenter.

Now that she’s back here are:

1. It’s great to reconnect with family and longstanding friends!

2. I’ve been reunited with the authentic Jerk and escoveitch flavours. O how I missed the scotch bonnet pepper and other Jamaican spices!

3. It’s inspiring to see the infrastructural advancements that have occurred in a year, particularly the new highway.

4. I am now part of strong global networks such as Atlas Corps and the U.S. State Department Exchange Alumni  which can be leveraged to further local and regional development.

5. I can now execute my vision of empowering more Jamaican youth to become active citizens to contribute to the strengthening of Civil Society on Jamaica.