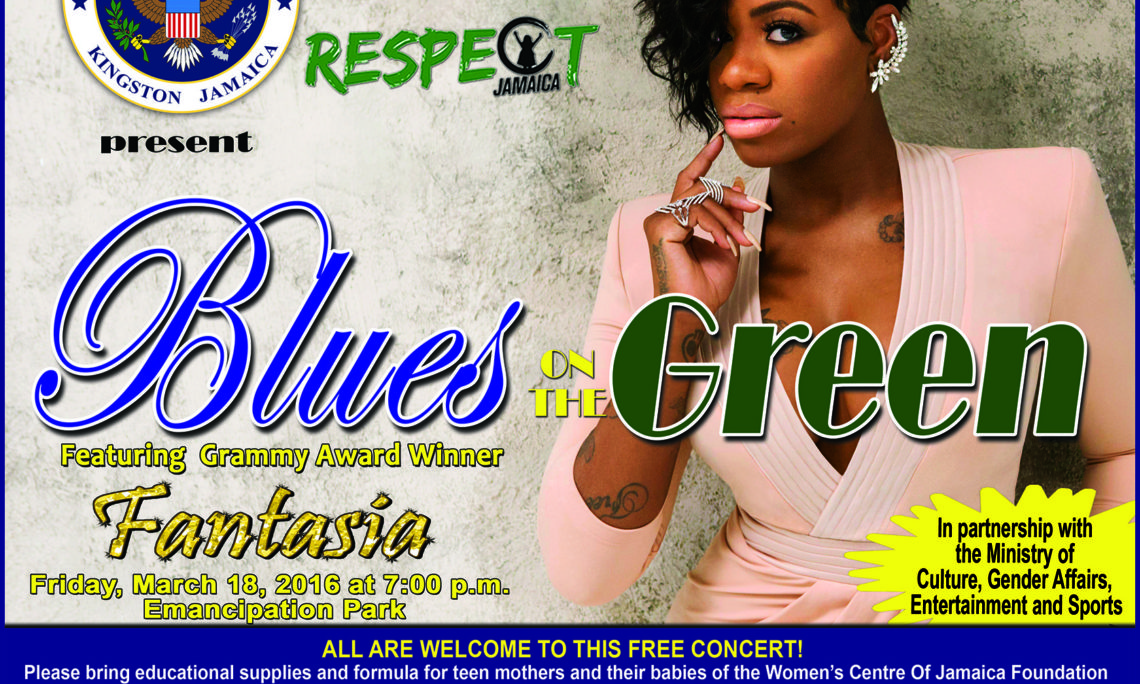 The United States Embassy in Kingston will this year host the Grammy-Award winning, Queen of #RockSoul Fantasia for Blues on The Green. With hits such as I Believe,When I See You and Truth Is, Fantasia’s performance promises to celebrate the beauty and depth of African Americans’ positive contribution to all facets of American society and life.

The event, scheduled for Friday, March 18, 2016 at the Emancipation Park will also showcase performances by Jamaica’s Romain Virgo and Jesse Royal.

Blues on the Green 2016 is the 24th staging of the Embassy’s marque cultural event which celebrates African-American History Month and the contributions of African-Americans to U.S. society and the global community.  Though normally held in February, this year’s event was rescheduled due to the Jamaica’s General Election.

Joshua Polacheck, the Embassy’s Counselor for Public Affairs, said this year’s event should spark “a dialogue on how our two countries can be more inclusive. I hope this gets everyone talking about what the phrase ‘true respect for all’ really means.”

The event is free and open to the public. Seating will begin at 6 p.m. with the show officially beginning at 7 p.m.  Every year the Embassy chooses a charity and this year we ask those attending to bring educational or learning items, formula, or diapers to donate to the Women’s Center of Jamaica Foundation. These items will aid the Center’s efforts to help teen mothers under their care. Center representatives will be on hand to accept donations.