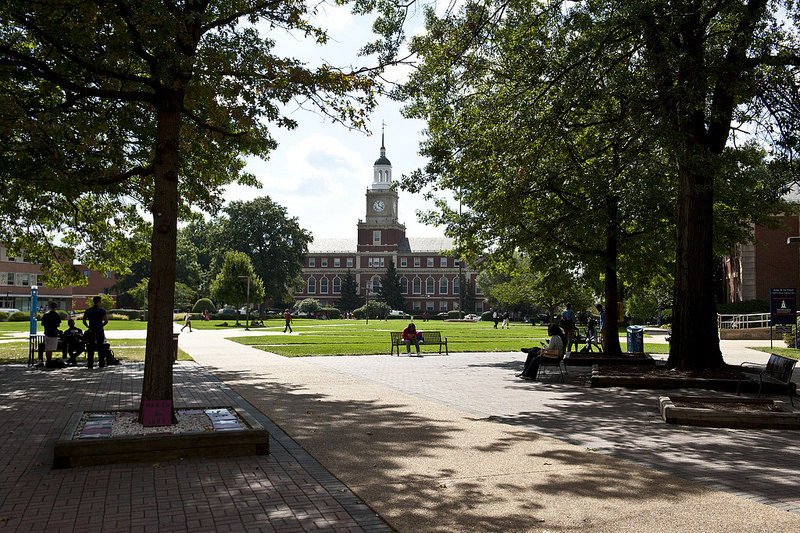 Pursuing an education in a foreign country allows a young person to develop the skills necessary to become an effective and productive global citizen. Allan E. Goodman is president and chief executive officer of the Institute of International Education, the leading not-for-profit organization in the field of international educational exchange and development training.

The idea that people should strive to act as global citizens has begun to take hold around the world on an unprecedented scale. We see it everywhere:

The Institute of International Education (IIE) administers more than 250 programs that help make academic and professional exchanges possible for more than 20,000 participants annually. Many of these programs help bring international students to study in the United States. One of the most well-known is the Fulbright Program, sponsored by the U.S. Department of State’s Bureau of Educational and Cultural Affairs. Fulbright aims to increase mutual understanding between the peoples of the United States and other countries. Through it, people and ideas are transformed.

In an ever-changing world, being a global citizen requires constant adaptation to new ideas and circumstances. This is why the process of transformation that foreign students experience as part of a U.S. education is so important: It prepares you for the constant transformation that will be required in a 21st-century career. Recently, a Fulbright alumnus named S.M. Krishna became India’s external affairs minister. The press credited him with helping to turn Bangalore into India’s most recognized technology hub, and it also cited his U.S. education as evidence that he would be able to navigate India’s complex diplomatic challenges. Technology and foreign relations in India today operate on dramatically different levels than they did in the late 1950s and early 1960s, when Krishna studied on a Fulbright grant. Yet his education in the United States, where he studied at George Washington University and Southern Methodist University, played a critical role in preparing him to adapt to these contemporary challenges.

By coming to the United States, you will have a chance to reevaluate your views on your strongest beliefs and get a fresh look at the field of study that compels you the most. Doing so will put you at an economic advantage as you acquire the kind of intercultural communication skills that today’s employers value, and at an intellectual one as you gain a deeper understanding of your values and a broader perspective on the world around you. Making “international” a part of education signals a profound shift in what all of us can take away from higher education. It affects not only what we say but also what we choose to read and talk about, and how we actually think. It can make countries better friends and the world a less dangerous place.

Speaking in Cairo in June 2009, U.S. President Barack Obama noted that education and innovation will be the currency of the 21st century, and that therefore, “we will expand exchange programs and increase scholarships, like the one that brought my father to America.” He considers education and exchange to play a key role in bringing the world’s peoples together, saying, “I believe that America holds within her the truth that regardless of race, religion, or station in life, all of us share common aspirations — to live in peace and security; to get an education and to work with dignity; to love our families, our communities, and our God. These things we share. This is the hope of all humanity.”

While many international students are aware of the economic and personal benefits of studying abroad, many come to the United States not so much to become global citizens as to learn the mechanics of specific fields such as business and engineering. In fact, these two fields together account for more than 36 percent of all international students in the United States, according to the IIE’s Open Doors 2008 report.

Many more might aspire to earn prestigious degrees such as an MBA from Harvard or a PhD from the California Institute of Technology, but never are able to leave their home countries to pursue that dream. Issues such as high cost and the extreme selectivity of such programs can dissuade students from seeking an international education. “After all,” a student from China or India might think, “the mechanics of engineering are the same everywhere, and my country’s universities have improved their programs in recent years.”

But if engineers hope to make breakthroughs in disciplines such as physics and chemistry, they must pursue their disciplines in a borderless world where problems and solutions are shared between nations. For example, CERN, the world’s largest particle physics laboratory and one of the world’s most respected scientific facilities, is run by 20 European Union member states, and many other countries send scientists to use the facilities. Language skills, cultural understanding, and mutual respect are required when working in the diverse research teams at facilities such as this one. On the more commercial side, making a competitive product requires an understanding of both the global market for the product and the worldwide supply chain that makes mass production of any product possible.

Some engineering problems literally transcend international boundaries. Satellite communications and strides in space exploration take place outside the boundaries of any single nation and increasingly require collaboration from many international partners. Consumption of energy derived from fossil fuels is changing the atmosphere that we all share, regardless of where this consumption occurs. Motivated by the threat of climate change, one Indian and two U.S. students helped design and drive an electric- and solar-powered car 2,100 miles (3,381 kilometers) from Chennai to New Delhi. American Alexis Ringwald, who went to India on a Fulbright grant to research clean-energy finance, was part of the team that made this journey, called the Climate Solutions Road Tour. Along the way, the group trained Indian students to take action on climate change issues.

I believe that one way the United States might host even more students is through the capacity of American community colleges to serve as a gateway to our higher education system. International students can start there at significantly lower cost and then move on to dozens of four-year institutions through an articulation agreement — an officially approved agreement that matches coursework between schools. Our Open Doors numbers say that only about 14 percent of international students today are at community colleges. I think it could conceivably be 40 percent in the next decade if international students discover that these institutions offer a way to enter the U.S. higher education system, get English skills up to speed, get attuned to the American culture, and ultimately attend one of many prestigious public universities.

In order to help international students get information on this and other aspects of the U.S. higher education system, the State Department offers a resource that many students can access without leaving their home countries. EducationUSA is a global network of more than 450 advising centers that offer accurate, comprehensive, objective, and timely information about educational opportunities in the United States — at no cost to students and their families. EducationUSA also offers guidance to qualified individuals on how best to access those opportunities. Find out more information at the EducationUSA site

Whether your ultimate career interests lie in public service, business, science and technology, academia, arts and culture, or any combination of the above, the global citizenship gained through international education will serve you well in the years and decades to come.

The opinions expressed in this article do not necessarily reflect the views or policies of the U.S. government.