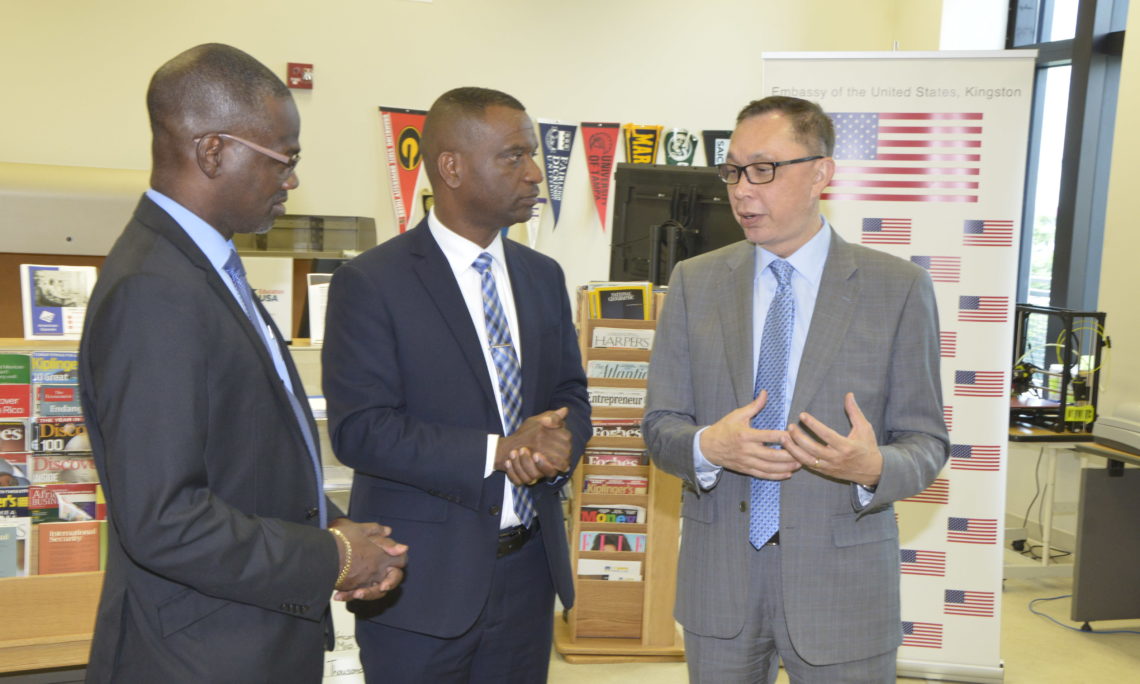 The Indian, African and Caribbean (INAFCA) Museum at the Mico University College is Jamaica’s 2018 recipient of the (U.S.) Ambassadors Fund for Cultural Preservation (AFCP). The INAFCA Museum with its project entitled – “Conservation of Archaeological and Ethnographic Collections at the Indian, African, and Caribbean (INAFCA) Museum” received a grant award of USD$100,000.00, to assist with the urgent preventive conservation and modernization needs of the museum.

The INAFCA Museum is one of three distinct exhibition hall housed at the Mico University College, and houses the most comprehensive collection of African artefacts held by any institution in the Caribbean. The collection contains over 700 African artifacts from 27 different countries and 87 tribes; as well as over 100 Indian and Caribbean items.

Speaking at the official grant handover, Chargé d’Affaires Eric Khant said, “this award highlights the U.S. Embassy’s continued support for culture in all its forms, especially for the preservation of cultural heritage.”

The AFCP, created by the U.S. Congress in 2001, provides grant funding to preserve cultural heritage around the world, ranging from the renovation of historical monuments and restoration of artifacts to the documentation of traditional cultural expression. It demonstrates the commitment of the United States to help people around the world preserve and protect their rich cultural traditions.

In Jamaica, the U.S. Embassy Public Affairs Section, administers the fund. In previous years, Jamaica has been the recipient of six grant awards to projects/institution totaling USD$167,621.00. Out of the seven 2018 Awardees from the Western Hemisphere, Jamaica is the only English speaking country granted an AFCP Award.