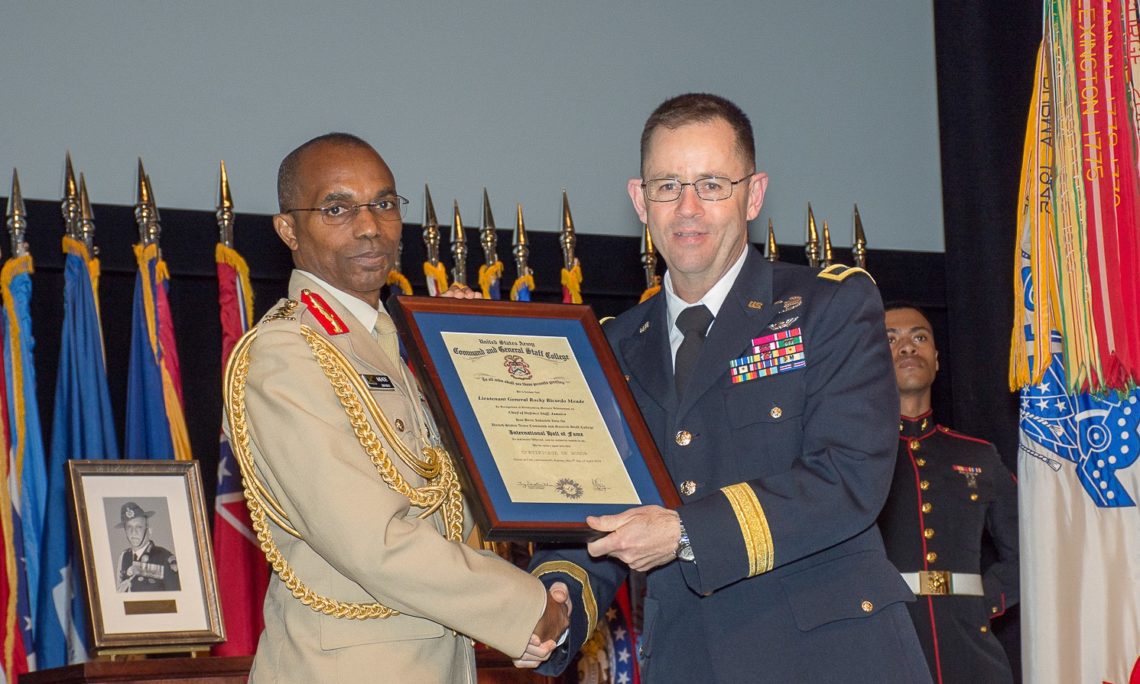 Meade was recognized for a myriad of accomplishments achieved as part of his service to the JDF and people of Jamaica. Before being appointed Chief of the Defense Service in December 2016, he conceptualized and implemented a number of projects including the Flight Safety Program, the Jamaican Military Museum, the JDF Language Lab, the JDF Farm, the JDF Technical Training Institute, the Accreditation Project, the Caribbean Grand Strategy Seminar, the All Arms Magazine and the Moneague Papers. Among other degrees, Mead holds a Masters of Military Arts and Science degree from the U.S. Army Command and General Staff College and a PhD from the University of Amsterdam. The U.S. Embassy’s Senior Defense Official/Defense Attaché Lieutenant Colonel, Pablo Raggio accompanied him to the ceremony.

Sosa is the first International Hall of Fame inductee from the 1995 Command and General Staff Officers Course and the third from Argentina. Rawat, is the fourth inductee from CGSOC class of 1997 and the second inductee from India. He spent ten years of his 37-year military career conducting counter insurgency operations and was appointed as the 27th Chief of Army Staff of the Indian Army on Dec. 17, 2016.