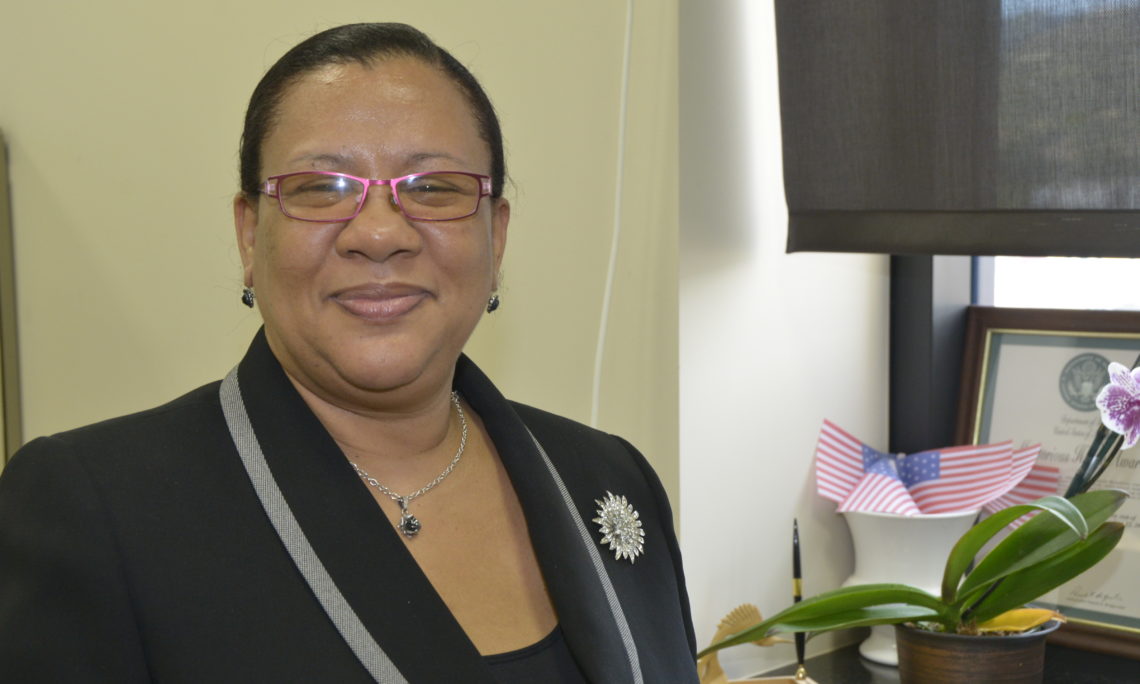 She’s easily one of the most affable Jamaican Supreme Court Judges you’ll ever come across. However, that is not to be confused with her legislative aptitude and solid belief in impartiality.  Justice Vivene Harris is now officially a U.S. Embassy alumna who recently returned from a three week multi-regional project/professional exchange, sponsored by the U.S. State Department.  The program held, January 11-29, 2016, focused on the subject Children in the U.S. Justice System.

The Project explored the juvenile justice system throughout the United States particularly examining the rights and welfare of children. Participants delved into legislation which guides family law and custody issues, including the civil aspects of the Hague Abduction Convention. They also compared best practices in advocacy and shared constructive approaches to addressing and rehabilitating juvenile offenders.

Justice Harris described the program as an excellent one which provided great insight into U.S. judicial mechanisms, which can be employed locally and pitfalls to avoid. She was particularly impressed with the strong and effective partnerships forged between Federal and State Governments and nonprofit organizations as it relates to the recovery and protection of abducted and trafficked children

Justice Harris also learnt key details regarding the civil aspects of the Hague Abduction Convention and challenges being faced by countries which have already ratified the convention.  In this regard Justice Harris said that before Jamaica ratifies the Hague Convention improved social services and specialized judges, courts and law enforcement personnel must be put in place.

Justice Harris has served the Jamaican judiciary, adjudicating cases in the criminal, civil and family division of the island’s Court system.  She has served in other positions of prominence to include the Acting Master of the Supreme Court and Senior Resident Magistrate – Resident Magistrate’s Court, St. James.

Joshua Polacheck, Counselor for Public Affairs, at the Embassy said that this program is one of several being done in partnership with Jamaican authorities to strengthen the island’s rule of law and responsible and democratic governance.  He believes her participation has contributed to the Supreme Court’s underlying goal to build a strong and independent judiciary that is loyal only to the law. He also said that Justice Harris’ participation has added value and diversity to the program. Twenty participants, including legal experts from the Dominican Republic, Costa Rica, Armenia, Poland, Greece and the United Kingdom also participated in this activity.