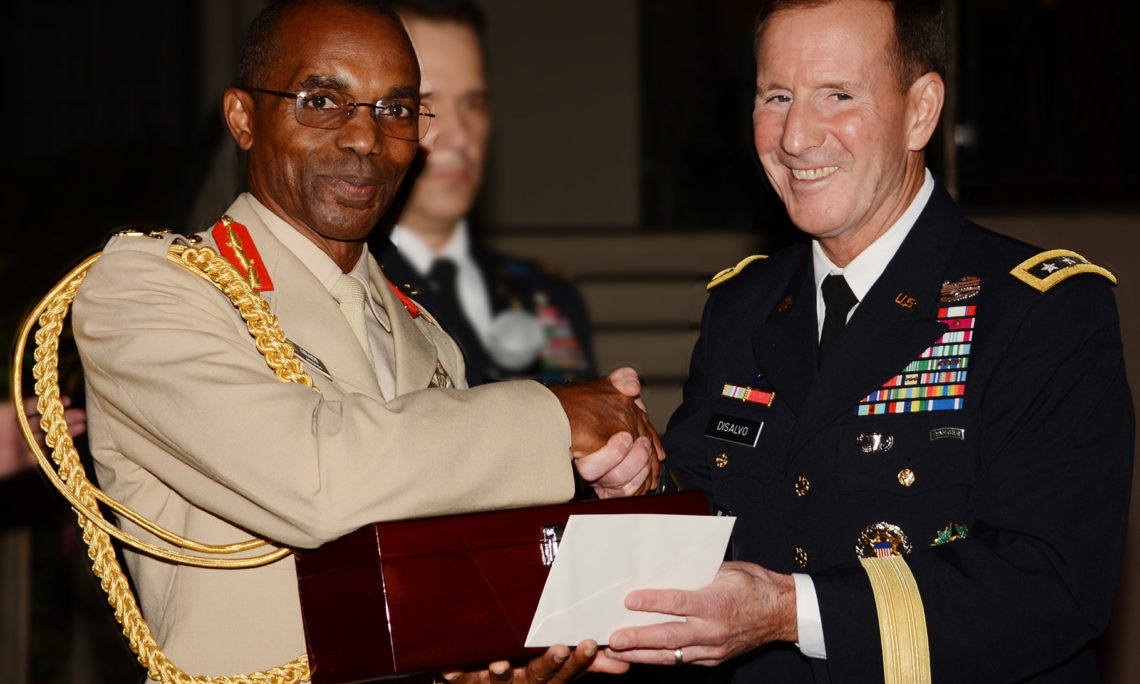 The Military Deputy Commander of the United States Southern Command, LTG DiSalvo conveys his personal congratulations to Major General Rocky Meade on his appointment as the new Chief of Defence Staff of the Jamaica Defence Force (JDF). LTG DiSalvo was the senior United States military representative at the JDF Change of Command Ceremony on the grounds of Up Park Camp, January 21, 2017.

During a reception at Ambassador Moreno’s residence honoring Major General Meade on the January 20th, LTG DiSalvo highlighted the JDF’s reputation in the United States and throughout the region. He noted that “The United States military boasts a longstanding and mutually beneficial relationship with the Jamaican Defence Force. Currently, Jamaica stands as one of our strongest military partners in the region across air, land, and sea. We hope to see further Jamaican leadership across the region and increased Jamaican participation in international forums.”

LTG DiSalvo underscored that “The United States Government remains committed to its continued relationship with the JDF and the people and government of Jamaica.”