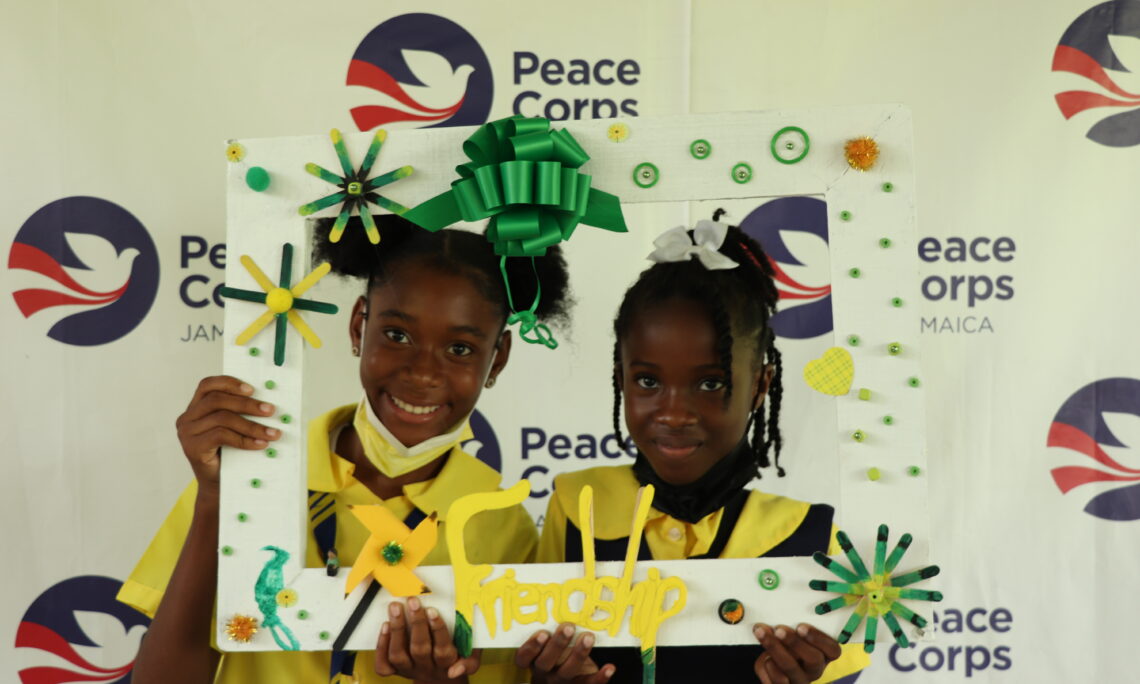 Peace Corps Jamaica launched to its 60th anniversary of service in Jamaica with a service of celebration at St. Margaret’s Church, Liguanea on June 12, 2022, under the theme “Celebrating 60 years of friendship and partnership”. The service’s homily was given by Reverend Father Franklyn Jackson.

Since 1962, Peace Corps Jamaica has partnered with host-country nationals in all 14 parishes on locally-prioritized projects in agriculture, education, environment, health, urban development and small business development. These projects are in keeping with the Peace Corps’ global mission of promoting world peace and friendship by pursuing the organization’s three goals; to help the people of interested countries in meeting their need for trained men and women, to help promote a better understanding of Americans on the part of the peoples served; and to help promote a better understanding of other peoples on the part of Americans.

“This year is a special year for Peace Corps Jamaica. Sixty years ago on February 22, 1962, the US government and the government of Jamaica signed the country agreement, officially establishing the Peace Corps in Jamaica and the first set of Volunteers, arrived in country on June 12, less than 2 months before Jamaica became an independent nation”, shared Glenda Green, Country Director for Peace Corps Jamaica. Continuing, she said, “Due to the global pandemic, all Volunteers were evacuated in March 2020. However, whilst our Volunteers have been absent from duties for the past two (2) years, staff has been supporting the work of our partners and are busily preparing for their return. With this said, I am pleased to announce that with the necessary clearance given, come September 2022 our Volunteers will return to island to resume their work with the people of Jamaica”.

The celebration service is one of Peace Corps Jamaica’s celebratory events that will highlight its longstanding partnership with the Jamaican people. Peace Corps also celebrated with a successful Public Speaking and Poster Design Competition, in partnership with the Social Development Commission (SDC) at its training site in Highgate, St. Mary with various early childhood, primary and secondary institutions in the community. Peace Corps Jamaica will also host a Virtual 60th Anniversary Awards Ceremony to recognize its partners on June 29, 2022.

The U.S. Peace Corps was established in 1961 by President John F. Kennedy and involves a diverse group of American men and women who volunteer to spend two (2) years providing assistance to develop sustainable solutions for the world’s greatest challenges to 61 nations. Volunteers work across the globe to address challenges in agriculture, community economic development, education, environment, health, and youth development. Jamaica was the seventh country to receive Peace Corps Volunteers.