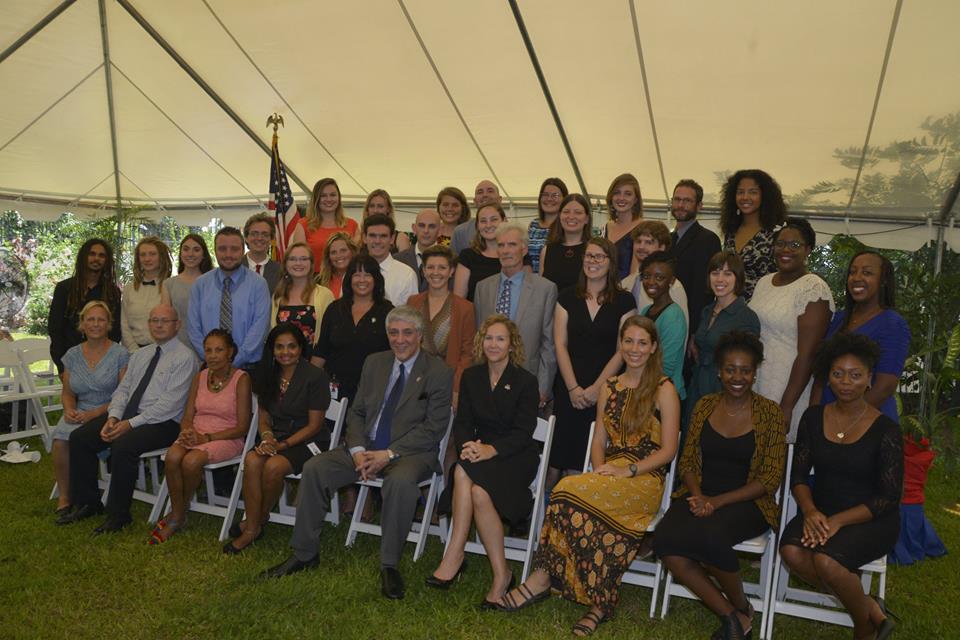 Marking 54 years of Peace Corps’ commitment and ongoing service to Jamaica, Ambassador of the United States to Jamaica, Luis G. Moreno on Friday, May 27, 2016, administered the Peace Corps’ oath to 35 new Volunteers at his St Andrew home. The volunteers will serve in locations across the island, sharing their expertise in the areas of education and environment.

Ambassador Moreno in his remarks congratulated the new volunteers, branding them true American Ambassadors. He also highlighted the importance and purpose of their service, asserting that the “growth and development of communities and their members by empowering them to make better decisions about their own lives is at the core of the volunteers’ service”.

Peace Corps Jamaica, Country Director, Jennifer White expressed similar sentiments, congratulating the volunteers on completing their training and reminded them of the significance of community integration, noting that the host family is the bridge between each volunteer and the community they will each serve.

The U.S. Peace Corps was established in 1961 by President John F Kennedy and involves American men and women of all ages and ethnic groups, who volunteer to spend two years providing assistance to nations around the world. Jamaica was the seventh country to receive volunteers soon after independence in August 1962.