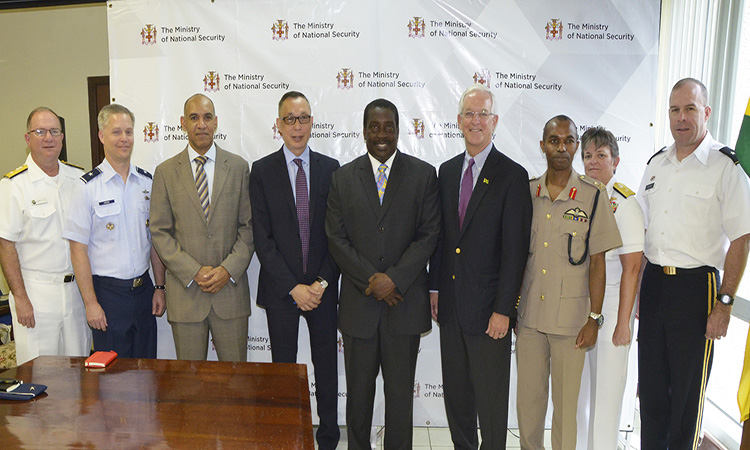 On this visit, the generals and flag officers also referred to as CAPSTONE Fellows, were introduced to key U.S. and host nation civilian and military officials such as U.S. Chargé d’ Affaires, Eric Khant, Jamaica’s Minister of National Security, Hon. Robert Montague, Minister of Foreign Affairs and Foreign Trade, Kamina Johnson Smith, as well as Chief of Defense Staff, Major General, Rocky Meade, National Security Advisor to the Prime Minister, Major General, Anthony Anderson along with other generals and military officials. Discussions surrounded the elements of national power and how they are integrated to support national and regional security issues from both the U.S. and host nation’s perspective.