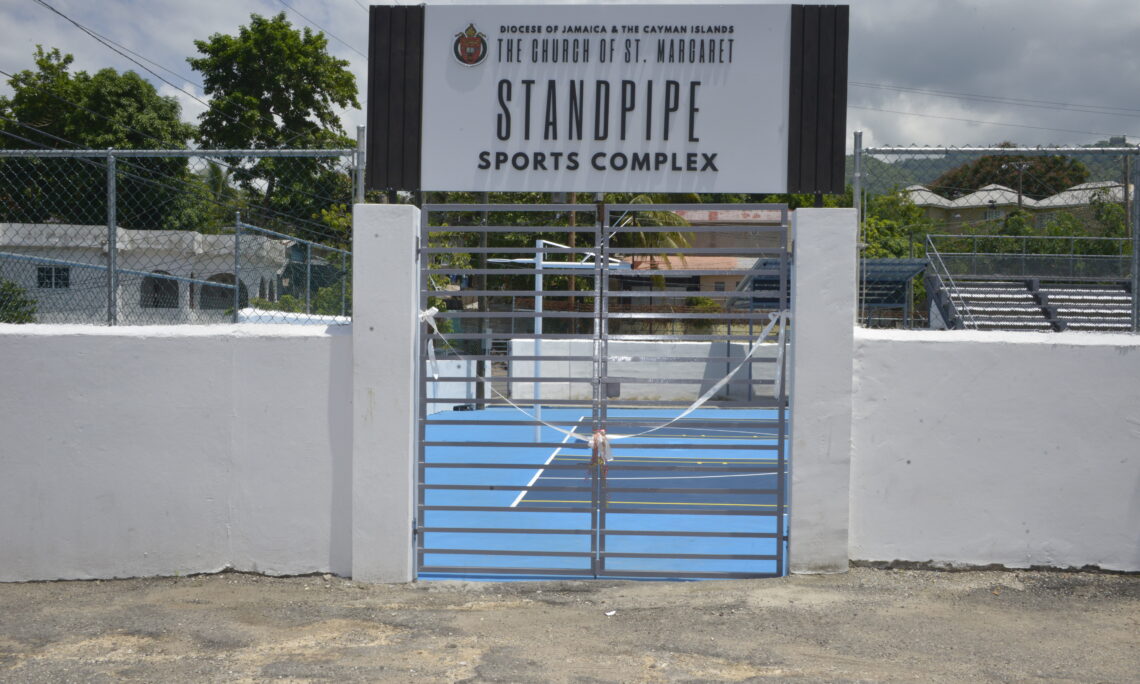 The Church of St. Margaret Standpipe Sports Complex, a recreational community space in the heart of the community of Standpipe, has been fully refurbished thanks to a new public-private partnership that includes the United States Government. The project, managed by the Musson Foundation features a fully resurfaced court, repurposed as a multipurpose space featuring a standard-sized basketball court and netball court and versatile hoops, refurbished bleachers, and restrooms. The space also includes new changing rooms, a refreshment stand, and a viewing gallery.

This unique international public-private partnership was created to advance the goals of Jamaica’s Vision 2030 plan and includes the Office of the Member of Parliament, the Honourable Fayval Williams, MP, the Church of St. Margaret, the former Ambassador Donald R. Tapia of the US Embassy in Kingston, the United States Agency for International Development (USAID), and the Musson Foundation.

Also speaking at the event Charge’ d’ Affaires, US Embassy Kingston, Scott Feeken emphasized the U.S. government’s commitment to the people of Jamaica “The United States Government is committed to developing strong, safe, and secure communities. This community development initiative is a true example of the strong partnership between Jamaica and the United States as we work together in collaboration and true partnership to reach the goals outlined in the Government of Jamaica Vision 2030 plan.”

The space will be managed and sustained by a committee of representatives from the church and the Standpipe community, with a view of implementing a formal sports programme for the youth of the community to learn new sports and develop their skills in a structured way on an ongoing basis.