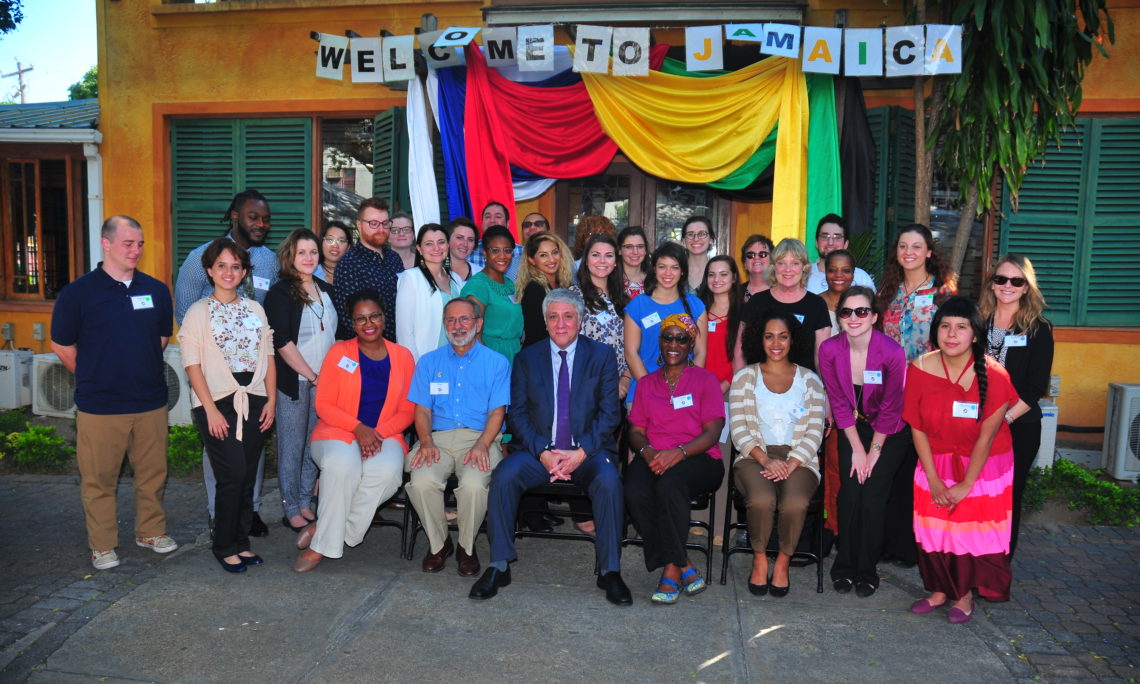 On March 13, 2017, Peace Corps Jamaica hosted a Welcome Reception for the 88th group of 31 Trainees to the island.  The unbroken partnership of fifty-five (55) years between the Jamaican government and the United States Peace Corps began with the signing of the agreement on February 22, 1962, by Jamaica’s Norman Washington Manley.  The first group of Volunteers arrived on June 12, 1962.

The Peace Corps was established to promote world peace and friendship and its partnership with the Jamaican people has borne fruit.  One of the most significant features of the relationship has been the forging of lifetime friendships between the Volunteers and the Jamaicans with whom they lived and worked.

Before being sworn in as Volunteers, the trainees will participate in approximately eleven weeks of pre-service training designed to prepare them for their two (2) years of service.  Their training will include technical and cross cultural competencies that will prepare them to work effectively in the areas of primary education and the environment sectors.

To date over 4,025 Volunteers have served on island working with a wide cross section of schools, communities, government, and non-government sector organizations and entrepreneurs.

The U.S. Peace Corps was established in 1961 by President John F. Kennedy and involves American men and women of all ages and representing the diversity of the United States who volunteer to spend two (2) years providing assistance to nations around the world.  Jamaica was the seventh country to receive Peace Corps Volunteers.