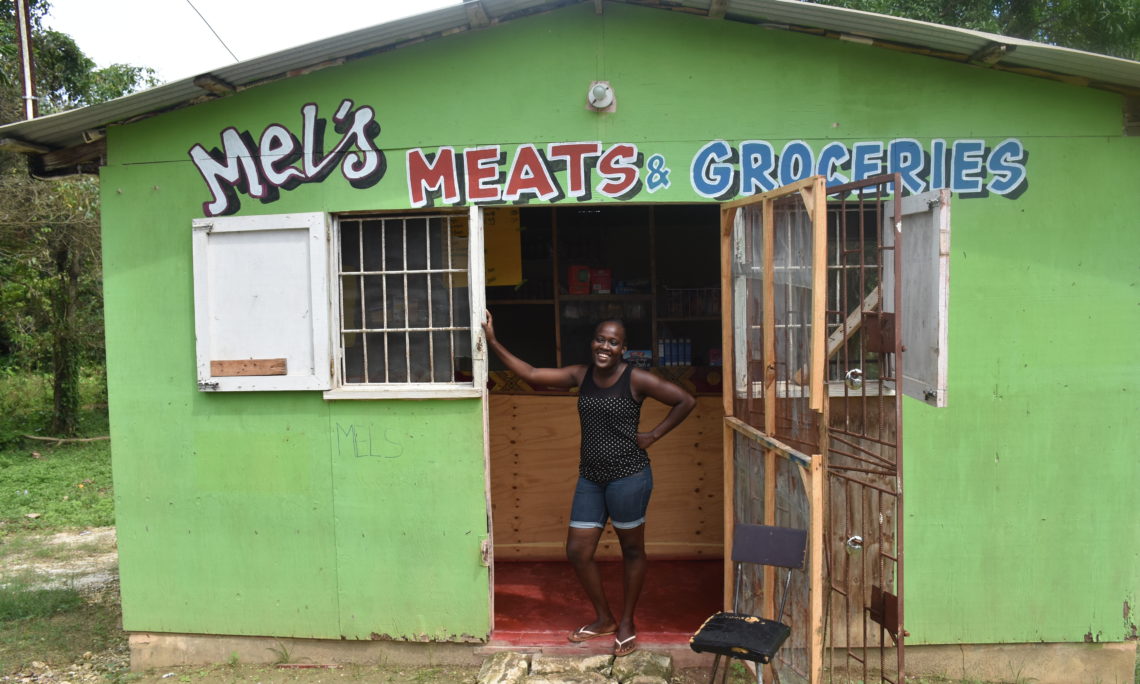 “I had to sleep in people’s yards and clean their homes and wash their clothes in order to survive.”

January 2018—“When I talk about my past I get really sad,” says 19-year-old mother of two Shameka Campbell as the tears run down her cheeks. She recalls how, at the age of 10, her mother died and she had no father to care for her. Left alone, she was handed off to family members and friends.

“I had to sleep in people’s yards and clean their homes and wash their clothes in order to survive,” she adds.

For more than five years, this was the only life that Campbell knew. Things seemed to take a turn for the worse, however, after an altercation with a family member in February 2015 landed her in a state care facility.

Ironically, her three months at the Granville Child Care Facility in Trelawny, Jamaica, turned her life around. “Different counselors visited the home and encouraged us and told us that our lives do not end here … and that is what I used to keep me going,” says Campbell.

In June 2015, while living at the Granville facility, Campbell was invited to be a part of a project called A New Path, which is supported by USAID and the Organization of American States. The project, which started in 2014, provides life and job skills to young people who are in juvenile remand centers and state care facilities. It provides hope to marginalized youth who have come into conflict with the law, and it prepares them for reintegration into society.

One component under the project is the Pitch It! Learning and Investing in Your Future initiative. Pitch It! provides youth with entrepreneurship training, mentorship and financial support to generate income. Grants are awarded to a young person or to a group of young people to set up micro businesses. Participants present their business ideas to a panel of judges who pick the best ideas and award capital.

With more than 100 contenders, Campbell’s project was among those chosen for awards, and today she is the proud owner of a wholesale meat shop in her community of Geneva in Westmoreland parish. Even though the shop has only been in operation for five months, she is seeing the fruits of her labor as her business revenue steadily grows. She is on the path to success.

“I am happy and I want to work hard so that my daughters can have a better life than I did,” says Campbell.

Since 2014, more than 1,400 juveniles have benefited from USAID’s support under A New Path. Many of them received training via a range of educational and vocational courses. And in cooperation with key public sector, private sector and donor agency partners, additional programs are being created to build skills and identify work options for youth.

Activities such as New Path are critical in addressing disenchantment among youth—especially those who have been in conflict with the law—and to give them opportunities to lead productive lives. They also play a key role in reducing recidivism, which is now at a low rate of 4.62 percent in Jamaica, below the international rate of 5 percent recorded for 2016-2017.

A New Path is part of the Caribbean Basin Security Initiative (CBSI). Since 2010, the United States has worked with Caribbean governments through CBSI to reduce illicit trafficking, increase citizen security, and address the root causes of crime and violence in Jamaica, the Dominican Republic, Barbados, the Bahamas, Antigua and Barbuda, Dominica, Grenada, St. Kitts and Nevis, St. Lucia, St. Vincent and the Grenadines, Guyana, Suriname, and Trinidad and Tobago. The initiative advances common security objectives in the Caribbean, focusing on the most at-risk youth and communities.