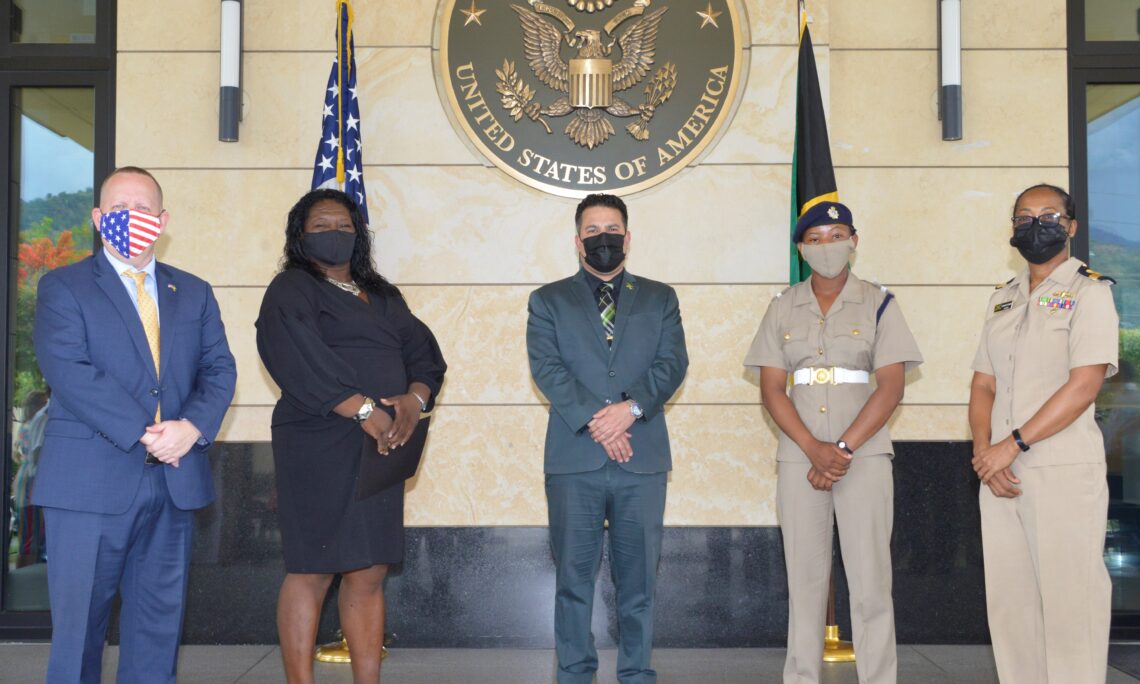 The United States Coast Guard Academy has admitted as cadets two members of the Jamaica Defence Force, Shawna Marie Sinclair and Nicholas Folkes. Soon to be Cadet Sinclair and soon to be Cadet Folkes will be the first Jamaica Defence Force members to be appointed to the U.S. Coast Guard Academy, and their appointment comes as part of the international cadet program. Worldwide, only six slots were available for international cadets with Jamaica securing two of those coveted six spots.

As international cadets, Folkes and Sinclair are subject to the same rules, regulations, and pay as U.S. cadets. They will earn a Bachelor of Science degree upon graduation and will return to Jamaica to serve in the Jamaica Defence Force as commissioned officers.

Speaking at the appointment ceremony held June 1 at the U.S. Embassy, Chargé d’Affaires John McIntyre said “All of Jamaica should be proud that one-third of the international cadets attending the U.S. Coast Guard Academy as part of Class 2025 are Jamaican.”

Speaking on the U.S.-Jamaican bilateral relationship, Lieutenant Commander Hathaway noted, “the U.S. Coast Guard and the Jamaica Defence Force Coast Guard have long enjoyed a close partnership, standing side-by-side in the Caribbean to face transnational criminal organizations conducting crimes upon the high seas and coastal zones. Today, we forge the next chapter in that partnership with these two pioneers of Jamaican sea service.”

The United States Coast Guard Academy is located in New London, Connecticut and is the smallest U.S. service academy, with only 900 total cadets at any given time. The first international cadet program began as an exchange with the Philippines in 1970. Since then, over 200 cadets from 50 countries have enrolled in the program.