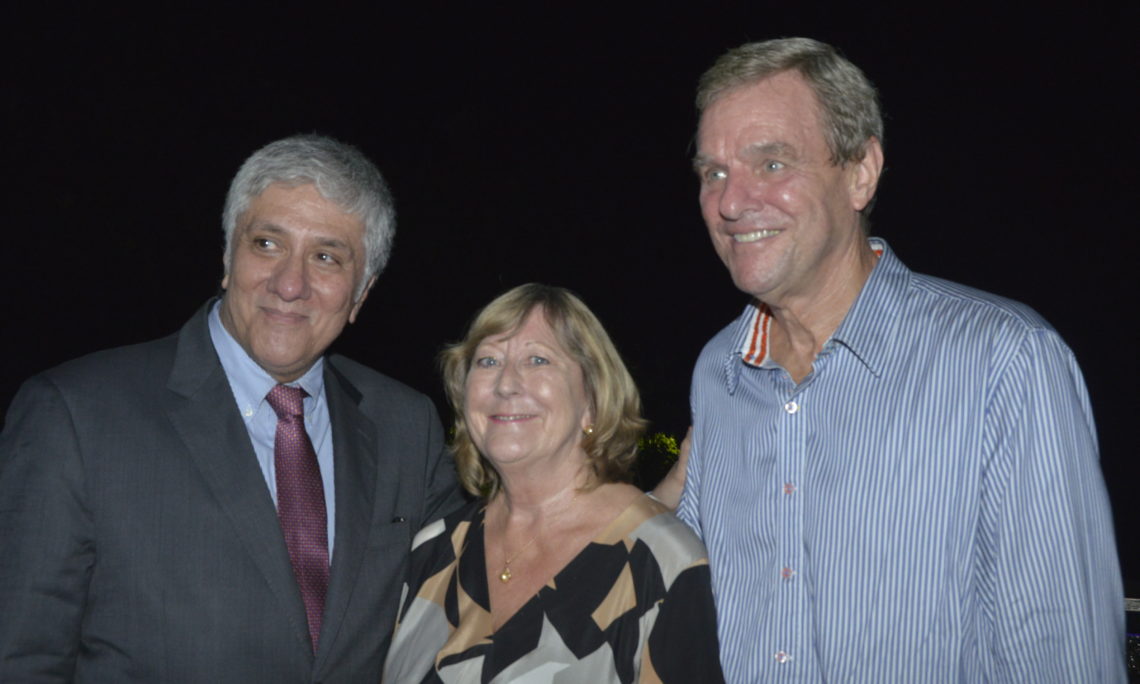 U.S. Ambassador to Jamaica Luis G. Moreno hosted a farewell reception in honor of outgoing Consul General Michael Schimmel, who departed this summer after serving three years at Embassy Kingston and over 30 years in the Foreign Service. Over 100 guests attended the reception to bid farewell to the “visa man” based on the close ties the Embassy shared with the Jamaican people.
Ambassador Moreno expressed sincere thanks for Schimmel’s years of service, noting that it doesn’t get any easier saying goodbye to his good friends, Michael and Susan. “Michael has been exceptional during his 29 years of government service and will be truly missed.”

At the reception, Ambassador Moreno also welcomed incoming Deputy Chief of Mission (DCM) Eric Khant and Mission Director for the United States Agency for International Development (USAID) Maura Barry Boyle. DCM Khant and Maura Boyle expressed their delight to serve in Jamaica and promised to continue on the good legacy of their predecessors.

Attendees included diplomats, government officials, academia, private sector, civil society and the media who worked closely with us over the period.