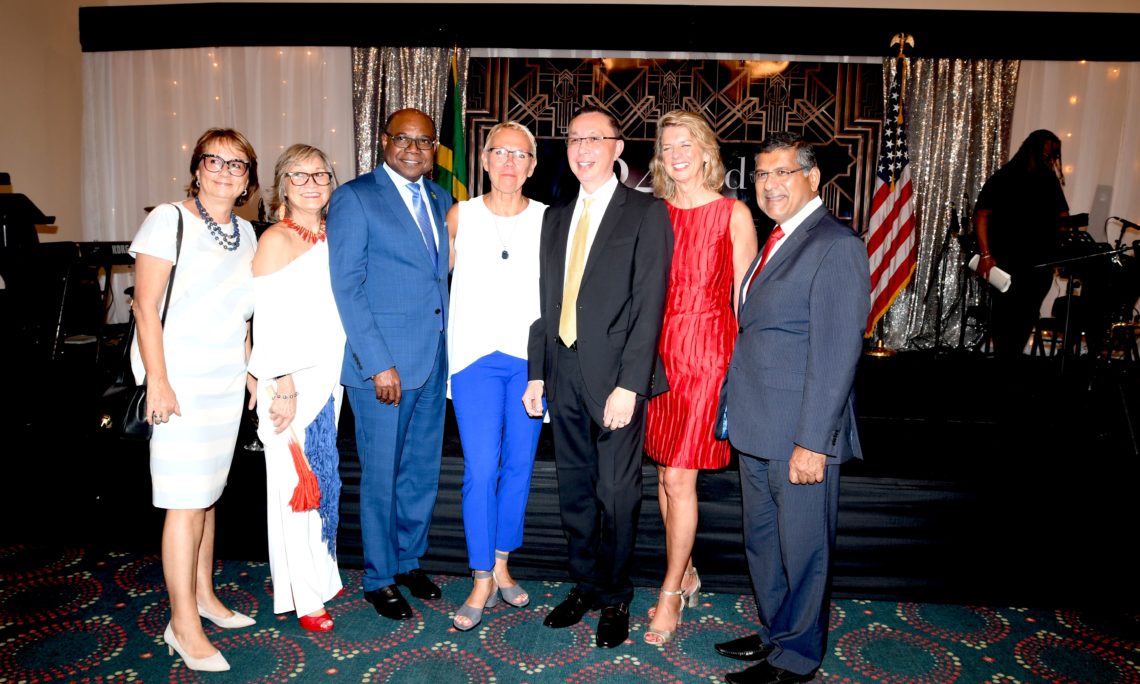 On June 26, 2019, the United States Embassy’s Chargé d’Affaires, Eric Khant hosted a reception at the Jamaica Pegasus Hotel, to celebrate the 243rd anniversary of American independence. Guests included representatives of the government of Jamaica, members of the diplomatic corps, business, academic and cultural leaders and journalists. The reception kicked off with lively music from saxophonist Warren Harris as this year’s event celebrated the era of the “Great Gatsby”! Musical performances from the E-Park Band, took guests back to the 1920s!

Mr. Khant delivered an official speech, reiterating the message of friendship and partnership between the United States and Jamaica.  He asserted “our partnership with Jamaica is built on shared values and interests. They include strong security cooperation, building disaster resiliency, expanding economic ties, bolstering democracy and human rights, and making health and education a priority.”  The Government of Jamaica was represented by Minister of Tourism, The Honorable Edmund Bartlett who also celebrated our nations’ partnerships.  He thanked the United States for its contributions to the development of the island and expressed hopes that the bond will remain unbroken.