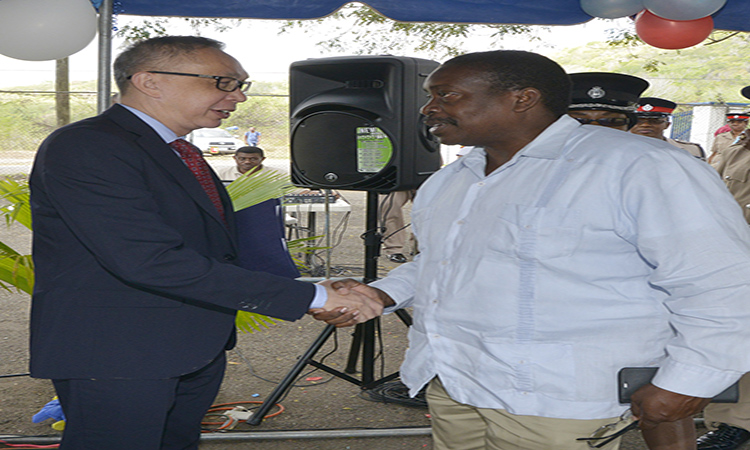 The U.S. State Department, through its International Narcotics Law Enforcement offices (INL), donated to the Jamaica Constabulary Force (JCF), 200 bicycles, a firearm and a driving simulator, during a handover ceremony at the National Police College of Jamaica.

Deputy Chief of Mission, Eric Khant delivered remarks at the handover ceremony, highlighting the fifty-five years of diplomatic relations and friendship between Jamaica and the United States. “This is yet another example of the broad security partnership that exists between our two countries.  We will continue to invest in this partnership because a strong, well-trained, and well-equipped JCF is important for a more secure Jamaica, and a secure Jamaica is in America’s national interests.”

Together, the two simulators and the bicycles cost over US$440,000. The driving simulator will help the JCF train their officers in better driving techniques.  Fewer auto accidents will reduce fleet maintenance costs and improve JCF’s community relations.  This is the second firearm simulator to the JCF, along with a refurbished classroom to house it, and additional train-the-trainer workshops. The bicycle patrol also received helmets and bike locks with the bikes, along with other supplies, such as bike tools and repair stands.