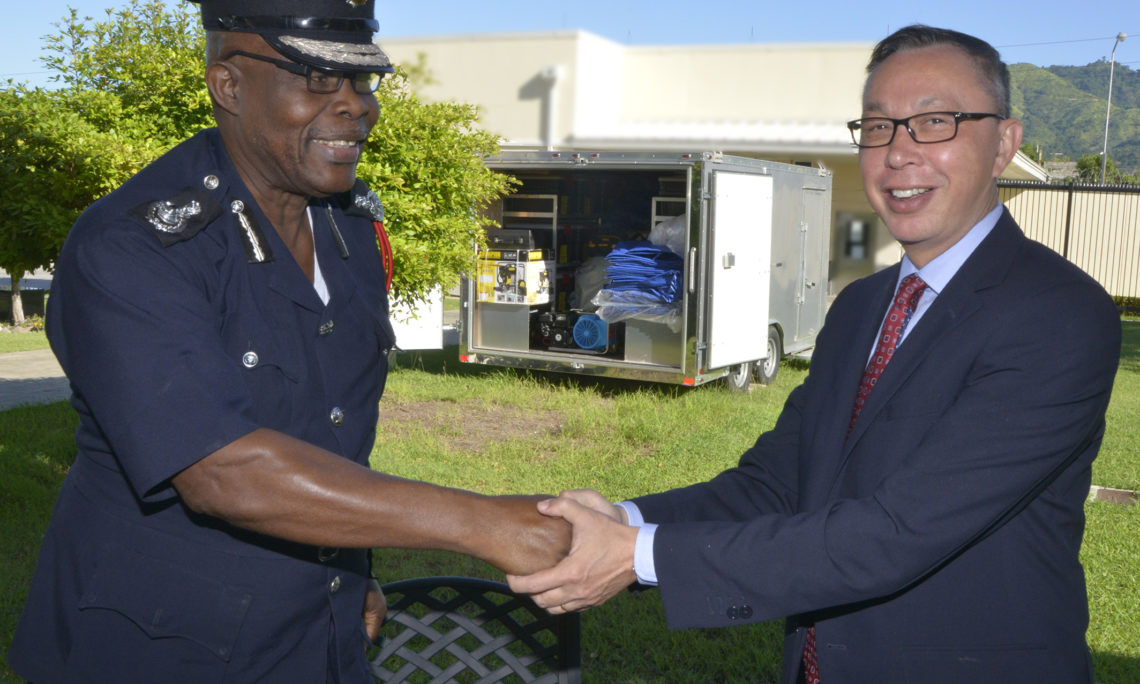 The U.S. Embassy Kingston, through the Regional Security Office and the Office of Anti-Terrorism Assistance, held an official handover ceremony of a mobile trailer containing Chemical, Biological, Radiological and Nuclear (CBRN) emergency response equipment to the Jamaica Fire Brigade. The handover which was held on the Embassy compound marks the culmination of a four-week Chemical, Biological, Radiological and Nuclear (CBRN), multi-agency training course, October 24, 2016 to November 18, 2016.

On Thursday, November 17, the four week training iteration culminated in a real-life exercise where U.S. Embassy staff, including Ambassador Luis G. Moreno and Deputy Chief of Mission, Eric Khant, participated in a one-of-a-kind Chemical and Biological response exercise. Nearly 40 first responders, a dozen “victims” and over 250 observers took part in a mock CBRN incident .  The goal of the training is contamination mitigation, and the exercise demonstrated the different stages of the decontamination process in the case of a CBRN incident. Observers from the different partner agencies received a firsthand view of the training which also included opportunities to volunteer as first responders and victims.

Ambassador Moreno congratulated the participants and training officers, sharing how impressed he was with the execution of the training exercise. “This training is another example of the enduring partnership between our two governments, as it concerns equipping our emergency crew and first responders in the security and safety of the Jamaican people.”