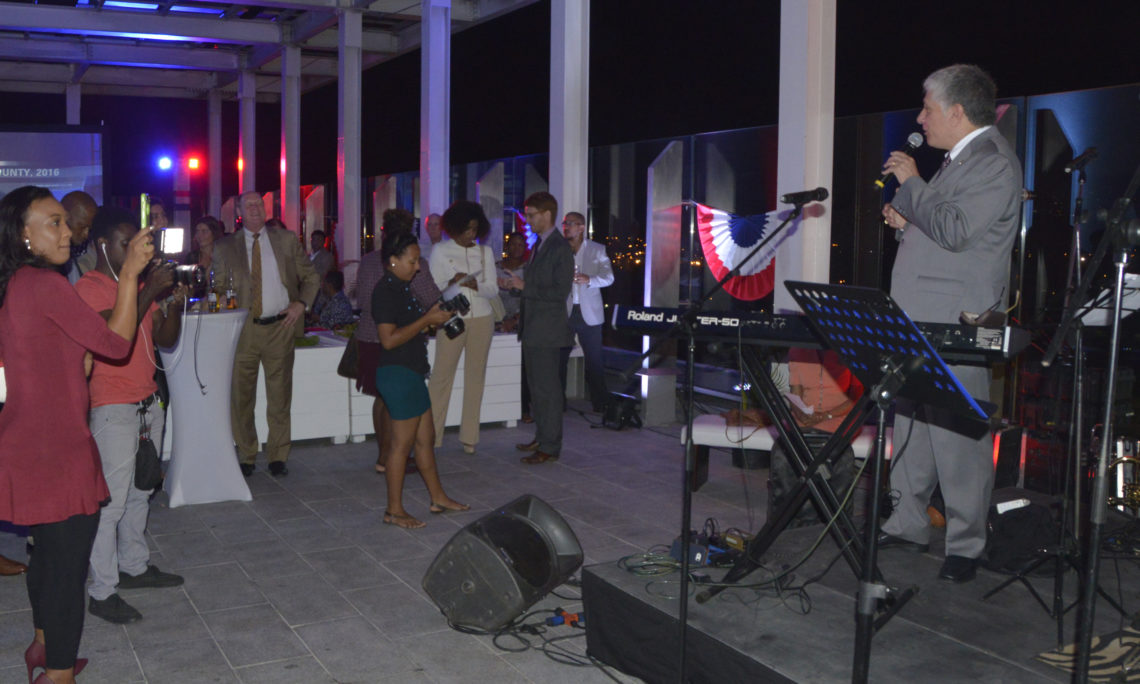 The over 150 attendees included members of the diplomatic corps, Government ministers and opposition,
the business community and the media.

Ambassador Moreno told the guests that this was indeed a celebration of democracy. He emphasized that its the tradition of transferring power every four years.

Guests were feted with delicious cocktails and music by the band, Omar Azan and Friends.