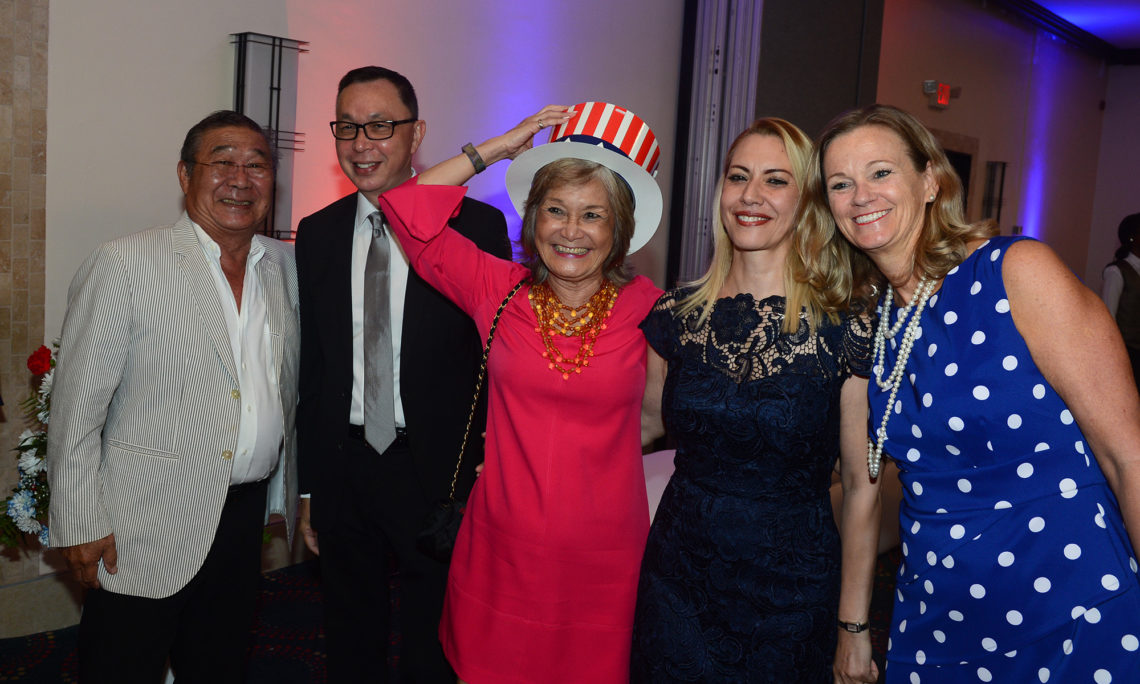 Let’s celebrate our friendship with Jamaica! That was the theme which resonated throughout the evening of June 27th, when US Embassy Kingston commemorated the 242nd Anniversary of the Independence of the United States. Chargé d’ Affaires Eric Khant and his wife Halima Khant hosted over 400 guests at the Jamaica Pegasus Hotel for a festive evening celebration. Participants included Jamaican government officials, members of the Diplomatic Corps and various members of the wider Jamaican community.

To mark the occasion, the Embassy showcased a number of traditional U.S. activities, including a display by the Marine Corps Color Guard and delectable dishes, highlighting the dynamism of American culture. During his official remarks, Mr. Khant stated that Jamaica has been an active partner on important multilateral issues.  In the international arena, Jamaica is highly respected because it always punches above its weight and often dares to take positions that are farsighted and promote stability. The Jamaica government was represented by Minister or Foreign Affairs and Foreign Trade, Senator Kamina Johnson Smith who shared greetings promoting friendship between our nations.