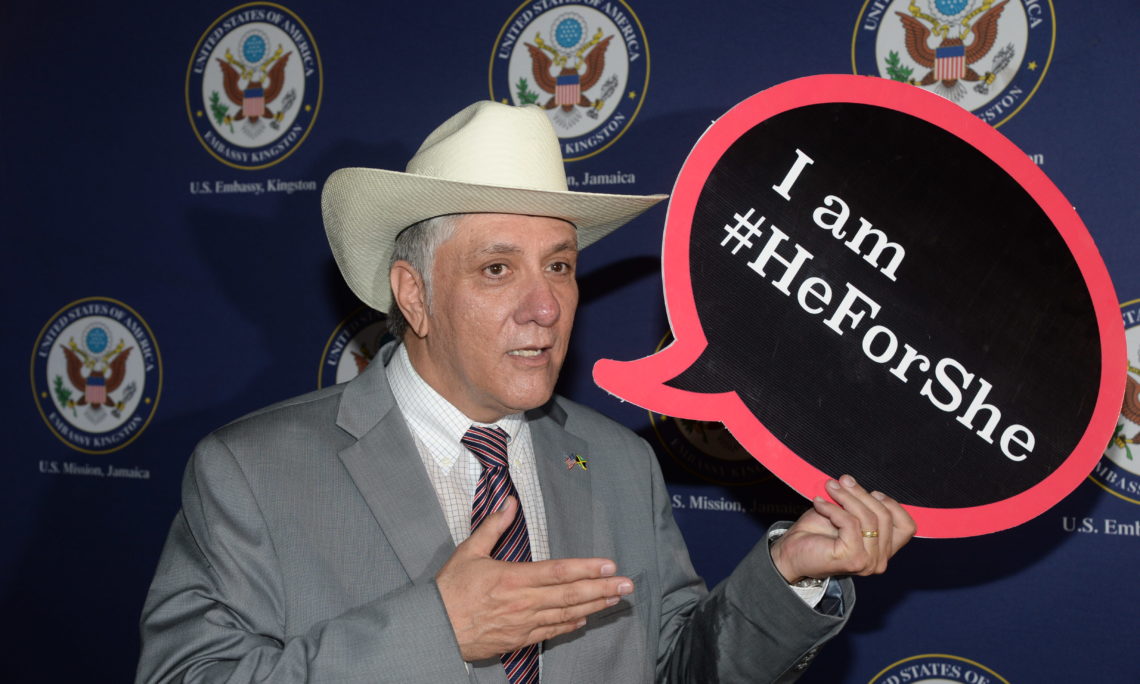 ‪#‎HeForShe‬ is a global solidarity campaign for gender equality initiated by UN Women. Its goal is to engage men and boys as agents of change for the achievement of gender equality and women’s rights, by encouraging them to take action against negative inequalities faced by women and girls. Grounded in the idea that gender equality is an issue that affects all people -socially, economically and politically – it seeks to actively involve men and boys in the movement.

The local campaign which is being led by the U.S. Embassy in partnership with Respect Jamaica, UN Women Multi Country Office-Caribbean, Ministry of Culture, Gender, Entertainment and Sport is supported by the British High Commission, Canadian High Commission and the EU Delegation.

Elements of the local roll-out of HeForShe will include video messages by several influential Jamaicans to promote the message of women’s empowerment and gender equality. They include The Honorable Olivia ‘Babsy’ Grange, Ambassador Usain Bolt, Shaggy, Beenie Man and Omi. Read more details on this empowering initiative: http://goo.gl/FtavEz