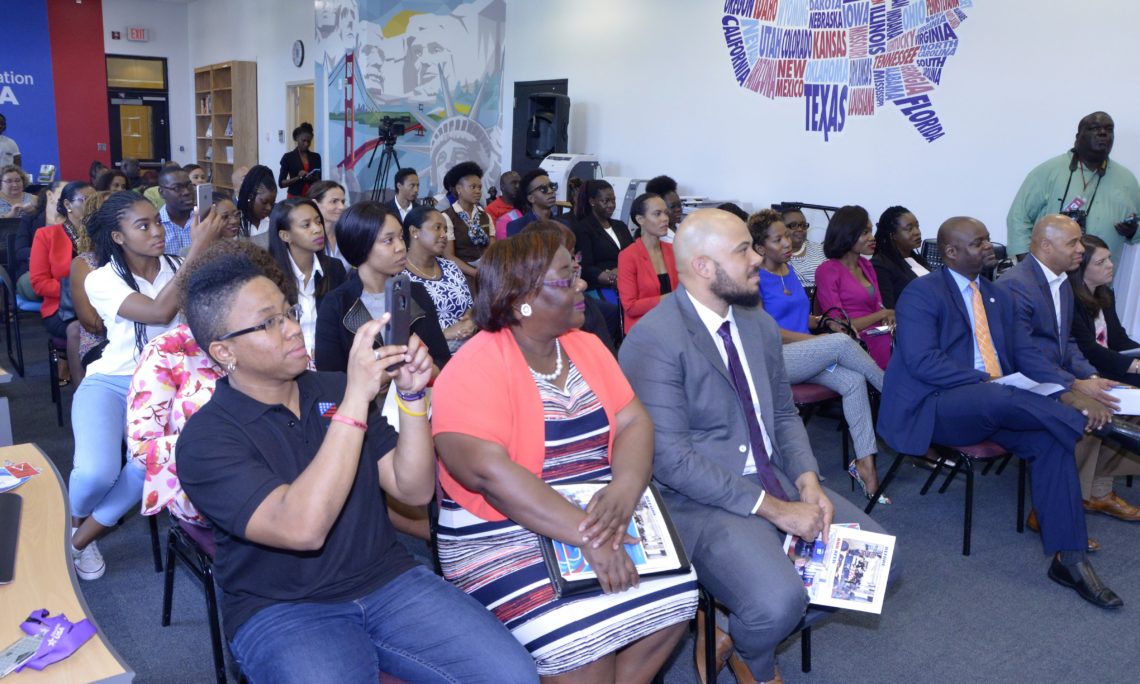 The Embassy of the United States launched the Robeson American Center (RAC) today, Tuesday, February 19, 2019. Formerly known as the Paul Robeson Information Resource Center, this new and innovative space will engage diverse Jamaican audiences from across the island.  It will facilitate educational and lively cultural exchange programs, highlighting American culture and promoting mutual understanding between the United States and Jamaica.

This technological space is outfitted with a 3D printer, robotics kits and a cutting-edge multi-media video conferencing room.   Later this spring, the Center will host several outreach activities including robotics and python coding workshops, free to the public.

The Robeson American Center is a part of the Embassy’s Public Affairs Section. It forms part of a larger network that falls under the U.S. Department of State’s American Spaces program. Since its establishment in 2011, the program has spanned to more than 650 locations worldwide, and have become powerful public diplomacy tools that support U.S. foreign policy goals by providing technologically modern and welcoming places for direct engagement with local audiences.

For further information on the services provided by the Robeson American Center Kingston, email kingstonirc@state.gov.