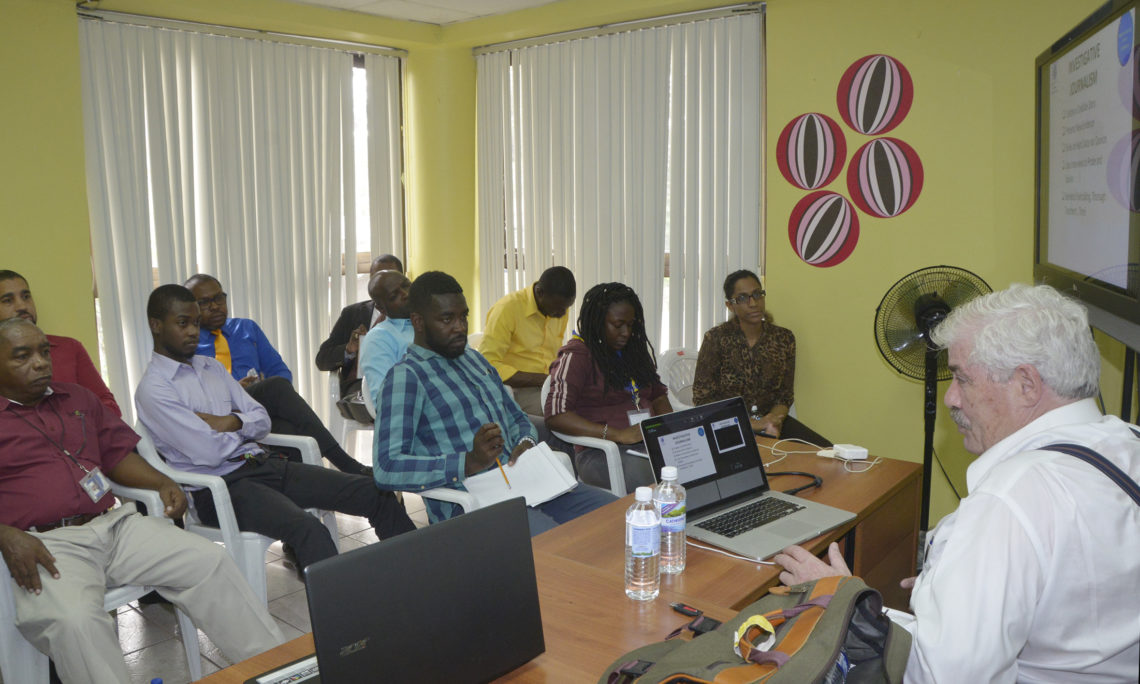 As a veteran investigative journalist, Clancy shared insight into the state of journalism globally and offered real-world, hands-on, practical information. Local reporters along with media managers were able to hold one-on-one consultations on barriers facing journalists here in Jamaica. These included high costs associated with investigative journalism; accessing available data and maintaining journalism ethics in reporting. Journalists also received practical tips on how to be effective amidst threats from individuals of influence, in their quest to uncover and expose corrupt practices.