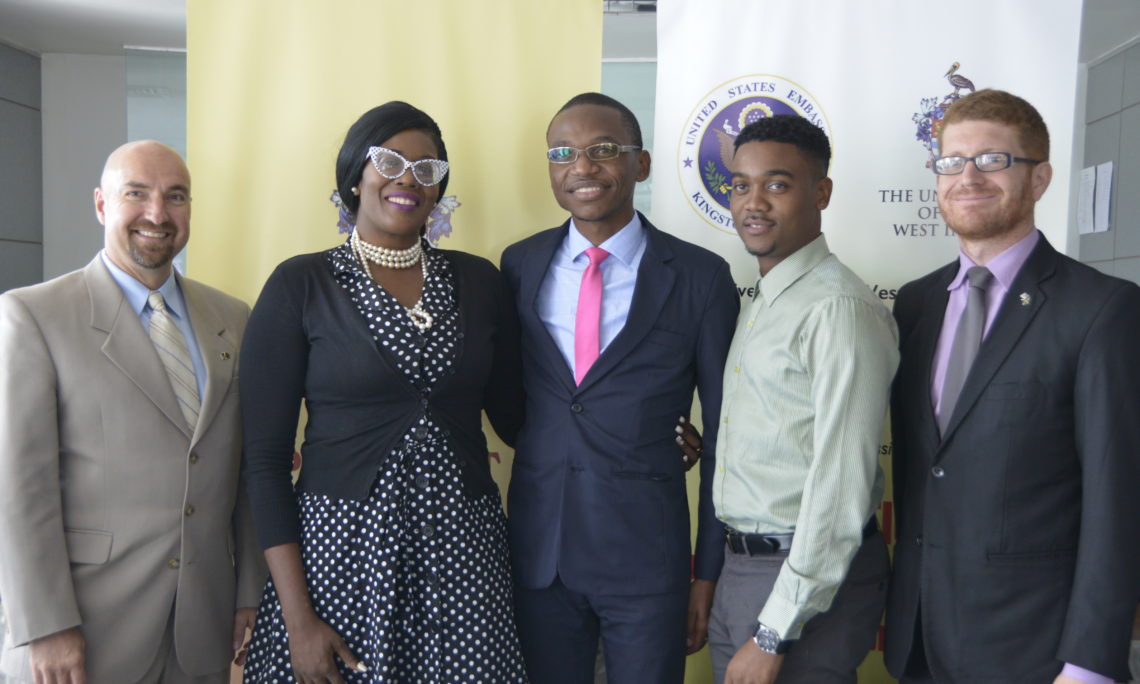 The U.S. Embassy, Kingston in partnership with the Department of Government at the UWI, Mona recently hosted the final in a series of Anti-Corruption Roundtable under the theme: ‘Corruption: Enemy to Economic Growth and Development’.

The three-day event was held in Montego Bay, Mandeville and Kingston with a focus on Corruption and Youth; Political Corruption and Political Will, and Finding Solutions. A number of local experts from agencies and organizations in various specialist fields across Jamaica were in attendance to address various corruption issues.

On International Corruption Day, December 9, 2016 for the final series stakeholders including NIA Director, Professor Trevor Munroe,  Paula Llwellyn, Director of Public Prosecution, Wayne Palmer, Assistant Commissioner of Police, David Fitton, UK High Commissioner to Jamaica, Donna Parchment Brown, Political Ombudsman, Colonel Desmond Edwards, MOCA Director among others gathered at the Spanish Court Hotel in Kingston. The series addressed the issue of corruption in the country.  The roundtable discussions were chaired by Dr Lloyd Waller, Head of the Department of Government at the University of the West Indies (UWI), Mona. The matter of corruption has been on the discussion table for several years and the conversations have heightened as we are seeing how corruption undermines the country’s prosperity, security, development, and even democracy.

Keynote speaker Zachery Phillips, deputy chief assistant U.S. attorney for the District of Colorado, assigned to the Organized Crime Drug Enforcement Task Force (OCDETF) section told participants at the event that an all-encompassing transparent system to hold people accountable is a necessary tool to limit corruption. He also emphasized that a change in mentality is required – not just through our leaders, but also our youth.

During Phillips’ presentation, he spoke candidly about his experience as a police officer in Albany, Georgia and the difficulty to overcome a change in mentality. He stated that police officers have to understand what they’re signing up for. He also pointed out that cops must live a lifestyle that is held to greater accountability than civilians.

Meanwhile, National Security Minister, Robert Montague said “we must begin to treat the issue in a holistic way rather than picking certain sectors, as each of us in our own way and spheres can do something about it.”