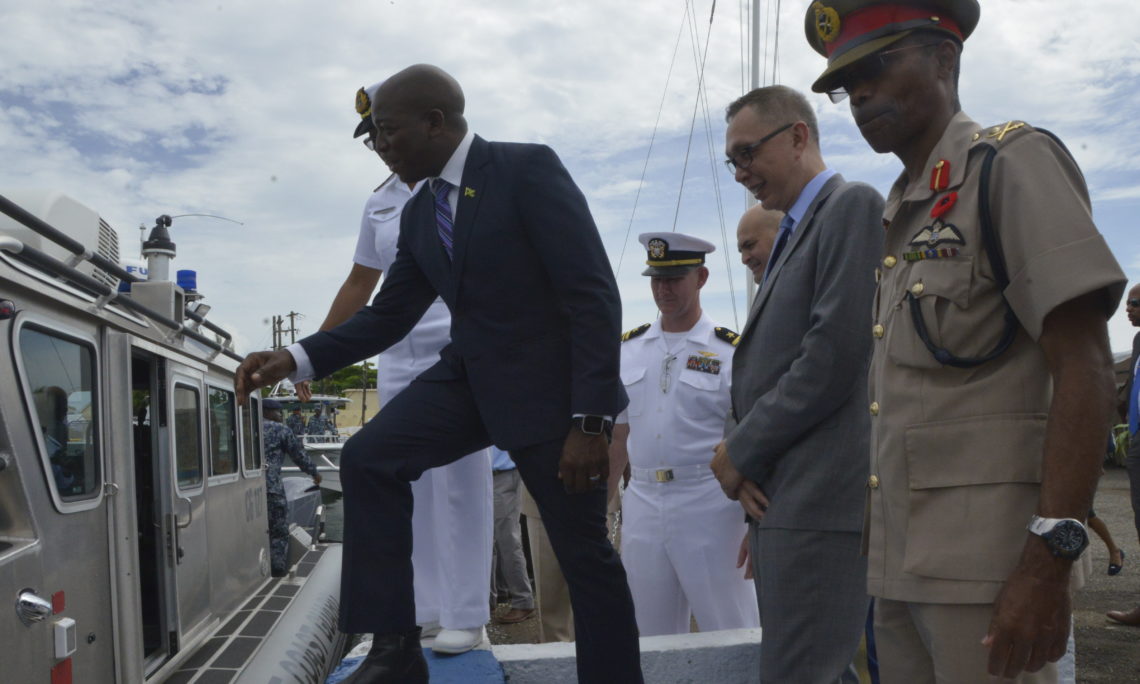 The Jamaica Defense Force (JDF) Coast Guard Headquarters in Port Royal was abuzz with activity on Wednesday, October 4, 2017, when the United States Government officially handed over two 38-foot SAFE boats and two 37-foot Boston Whalers to the island’s military. The support which was made possible through the Caribbean Basin Security Initiative is valued at US$4 million dollars and will bolster the island’s border security.

Speaking at the event, the US Embassy’s Charge d’Affaires Eric Khant said “these boats are just a small symbol of our commitment to our Jamaican partners. We stand with you in your fight against criminal organizations. Together, we must ensure that Jamaica becomes an ideal place to live, work, and raise families for law abiding citizens.”

Jamaica’s Ministry of National Security was represented by State Minister, The Honorable Pearnel Charles Jr. He said, the “vessels are a more than welcomed addition to the fleet of the JDF Coast Guard.” He also asserted that they will be “employed in a range of coastal and interdiction operations to protect Jamaica’s borders.” The Minister pledged to continue the good partnership already entrenched between Jamaica and the United States.

Chief of Defense Staff, Major General Rocky Meade gladly accepted the vessels on behalf of the JDF. He asserted, “they will be useful in both interdiction and humanitarian efforts.”

Following the ceremony the officials boarded the vessels for a briefing and test run.