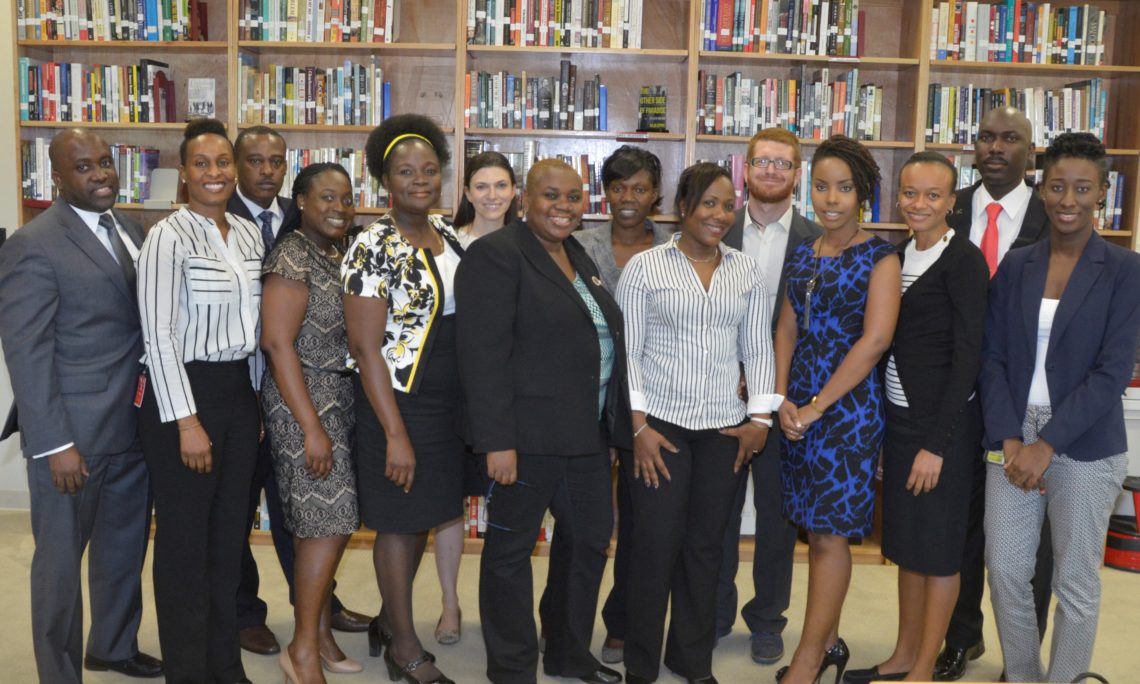 Twelve Jamaicans from across government, civil society, and the church recently returned from a three-week International Visitors Leadership Program (IVLP), which explored how the United States’ law enforcement and legislative institutions tackle human trafficking. In describing this and other U.S. Government exchanges, Joshua Polacheck, Counselor for Public Affairs at the U.S. Embassy said, “Professional exchanges are one of the best ways for our two countries to explore innovative solutions to problems that vex both societies”.

The participants represented a wide range of Jamaican governmental and non-governmental institutions. While in the United States, they learned why the U.S. Congress has mandated strong support for countering Trafficking in Persons (TIP), including the annual TIP report distributed by the U.S. Department of State and government-wide policy to dismantle human trafficking within the United States and internationally. They saw the importance of developing, implementing, and coordinating these plans across municipal, state and federal governments.

They also discussed the subject of victim protection with subject matter experts and learnt best practices and successful strategies used by U.S. law enforcement personnel and prosecutors. They especially learnt how to employ a victim-centered approach to help achieve successful prosecutions of traffickers.

In the United States, civil society plays a vital role in identifying, supporting, and engaging with potential and actual TIP victims. Participants saw how to foster a collaborative relationship between the government and civil society to more effectively combat trafficking.

The International Visitor Leadership Program (IVLP) is an exchange program which facilitates short-term visits to the United States by current and emerging foreign leaders in a variety of fields.  The opportunity provides firsthand encounters with American leaders and cultivates lasting relationships between U.S. and foreign counterparts. This program also demonstrates the U.S. Embassy’s commitment to enhancing its security and law enforcement cooperation with Jamaica which will serve to embolden the island’s democratic process, enable its health and prosperity and support full and equal citizenship for all Jamaicans.

To learn more about this and other U.S. Department of State professional and educational exchanges visit kingston.usembassy.gov