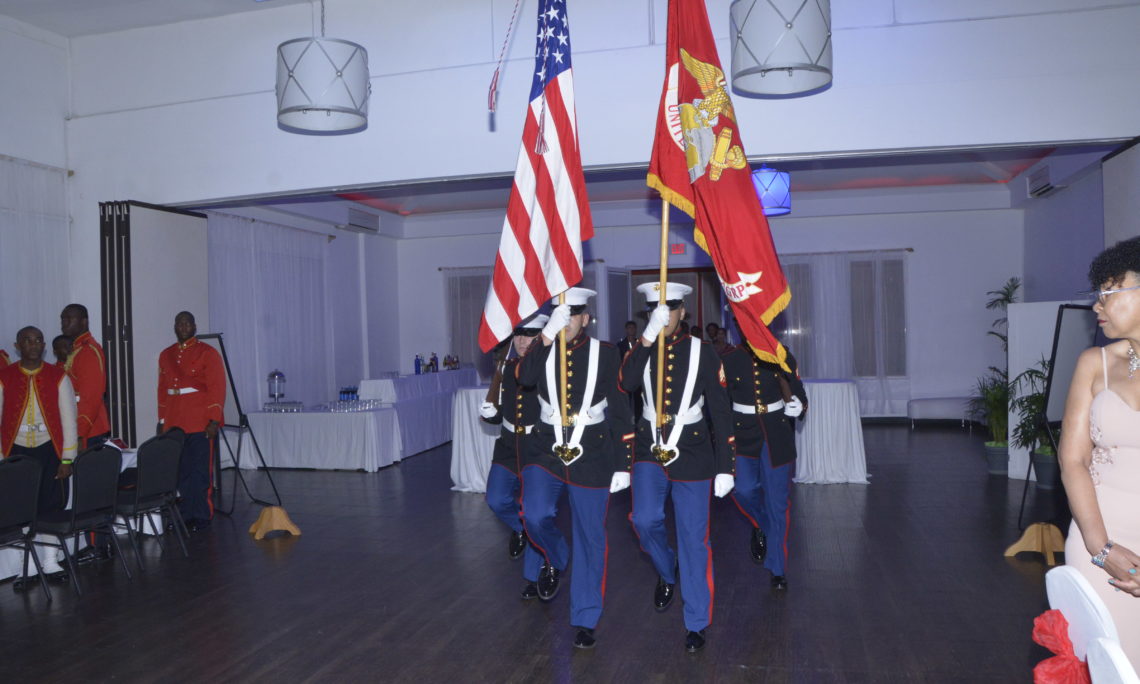 The United States Marines Corps Detachment at the U.S. Embassy in Kingston celebrated the  243rd Anniversary of the Marine Corps, through the Annual Birthday Ball on Saturday, November 3, 2018.  Over 200 guests shared in the formal evening event, held at the Spanish Court Hotel in New Kingston.

Speaking as Guest of Honor, the Embassy’s Chargé d’Affaires Eric Khant said, “Marines represent the very best of what America stands for. We celebrate the finest among us; individuals who show us every day the meaning of honor, courage and commitment.”

The Birthday Ball is one of the major events on the Marine Corps calendar. It is a formal affair where guests enjoy an evening of tradition, and celebrate the history of the Corps. Persons in attendance locally included representatives from the Government of Jamaica, members of the Diplomatic Corps and Embassy contacts. Outstanding musical performances were delivered by the Jamaica Defense Force Band.