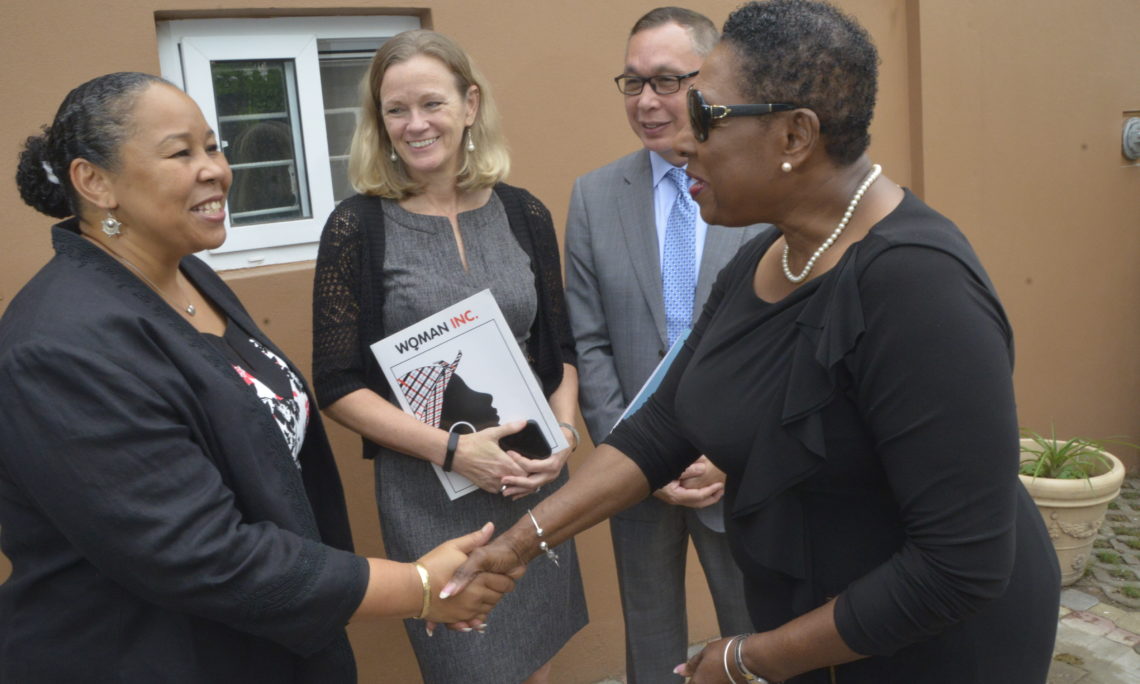 On Wednesday October 11, 2017 Woman Inc officially opened the newly renovated Women’s Crisis Shelter.  This was made possible through USAID’s Community Empowerment and Transformation Phase II project (USAID COMET II).  The cost of the renovation was in excess of J$15M.

The shelter will serve as a safe space for victims of rape, incest and domestic crisis. Woman Inc. is a voluntary, on-profit, non-governmental organization, founded in 1984. The organization draws upon the creative energies of volunteers who are dedicated to providing support to victims of gender-based violence.

Chargé d’Affaires at the US Embassy, Eric Khant spoke candidly at the official opening.  He said that he is “reassured that women who are abused and victimized in Jamaica now have additional services and facilities available to them.”   He also said “the shelter is a powerful reminder that Jamaica does not and will not tolerate abuse, whether physical or mental.”