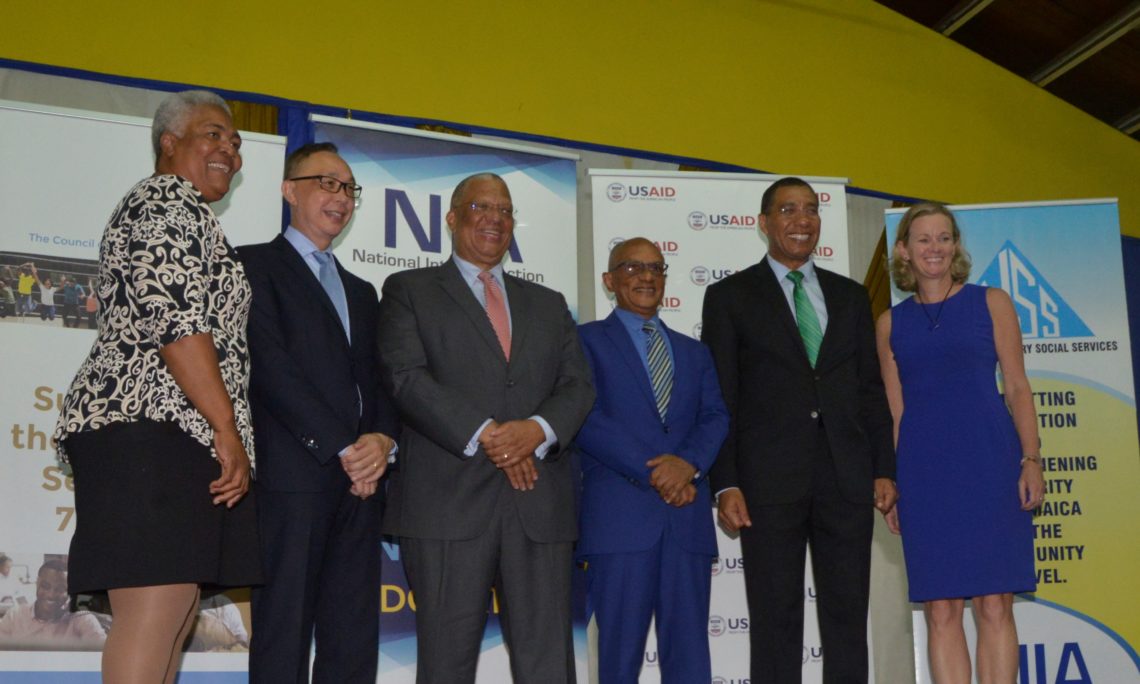 USAID grantee National Integrity Action (NIA) and sub-grantee The Council for Voluntary Social Services (CVSS) hosted a Certification Ceremony for ‘Integrity Champions’, on Sunday, November 12, 2017. The event served to acknowledge over 400 Jamaicans who were trained on anti-corruption interventions and officially designate them ‘Integrity Champions’. The individuals who were selected from nine parishes across the island also shared in sessions which taught them how to sensitize others in anti-corruption advocacy strategies and practices at the community levels.

The event was attended by Jamaica’s Prime Minister, The Most Honorable Andrew Holness and the U.S. Embassy’s Charge d’Affaires Eric Khant. Speaking at the event, Mr. Khant congratulated both NIA and CVSS for their leadership in the program.  He also asserted that  the “US Embassy remains committed to our partnership with JA, that includes the fight against corruption.”  Notably, over the past 5 years the USG has spent nearly US$12 million through USAID and American other agencies to strengthen JA’s anti-corruption efforts.

Prime Minister Holness also delivered remarks highlighting the need for advocates of integrity, who fight against corruption/corrupt practices. He also used the opportunity to congratulate the Integrity Champions and urged Jamaicans to support the endeavor.

Also in attendance were the Embassy’s Acting Deputy Chief of Mission, Maura Barry-Boyle and leader of the Opposition, Peter Phillips.