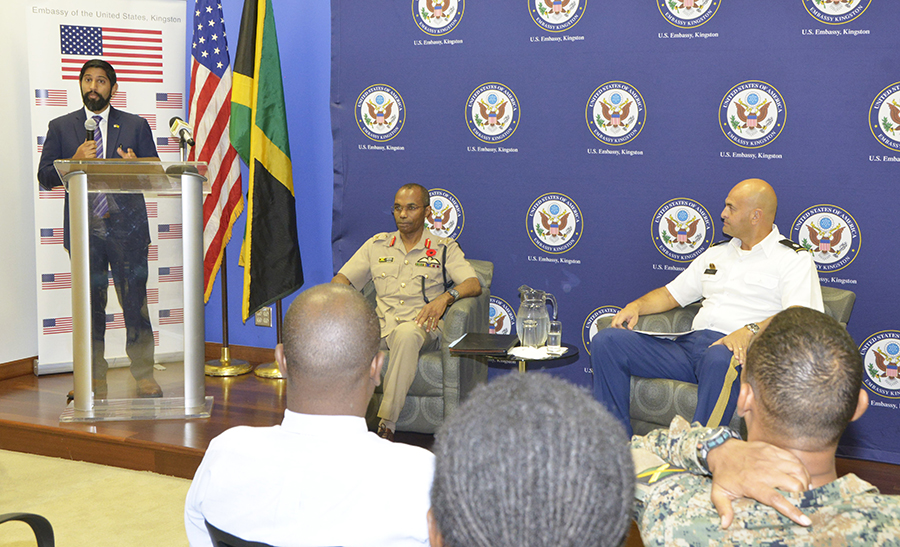 U.S. Embassy Kingston, hosted journalists at a press-avail covering the recently concluded Countering Violent Extremist Organizations (CVEO) Conference held October 15 and 16 at Andrews Air Force Base in Maryland. The Conference bought together chiefs of defense from all parts of the world to share information, intelligence and best practices to counter global security threats. The two presenters were Jamaica’s Chief of Defense Staff, Major General Rocky Ricardo Meade of the Jamaica Defense Force, and Lieutenant Colonel, Pablo Alejandro Raggio, Defense Attaché at the U.S. Embassy, Kingston. During the Q&A segment, they shared on Jamaica’s leadership role in the region in countering foreign terrorist fighters, and violent extremism, security cooperation and capacity building and why the Jamaica Defense Force is a strategic partner for the United States Department of Defense.