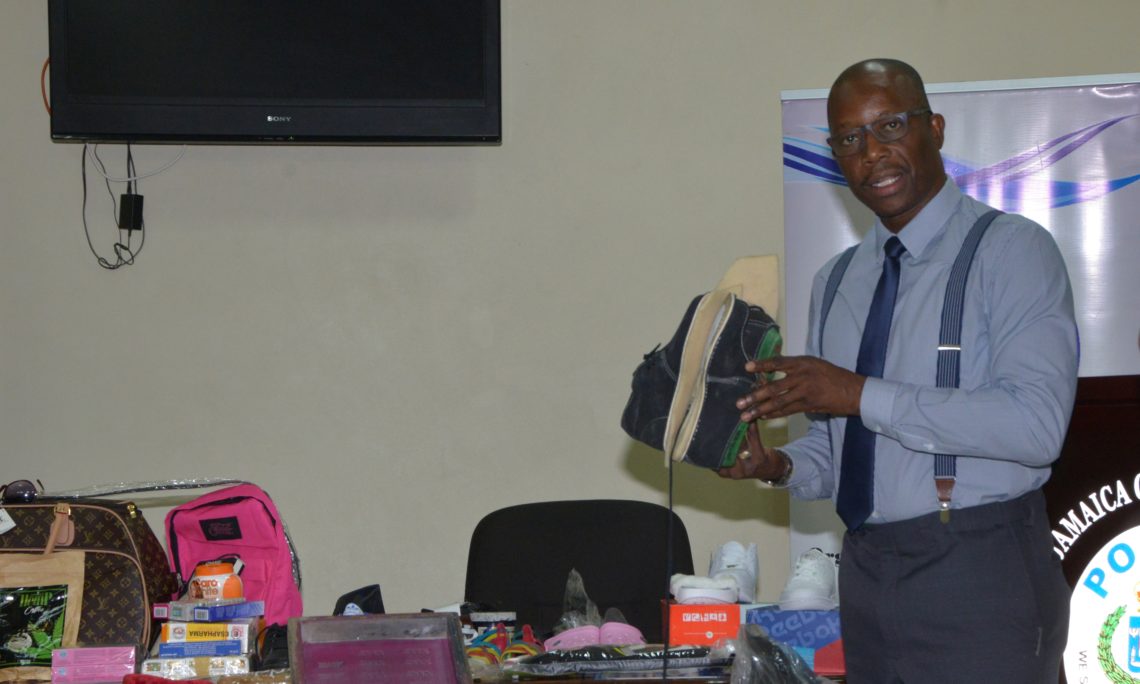 “Protecting intellectual property is a high priority for the US Government”, so asserted the US Embassy’s Deputy Chief of Mission (DCM) Eric Khant, at a press conference hosted by the Jamaica Constabulary Force’s, Counter Terrorism & Organized Crime Investigation Branch (C-TOC) in partnership with the Jamaica Intellectual Property Office (JIPO).

Mr. Khant argued that “counterfeiting is a huge and pervasive problem globally.” Citing a recent Organization for Economic Co-operation and Development (OECD) report, he said that “counterfeit and pirated products worldwide are valued at approximately US$461 billion; which is about 30 times Jamaica’s GDP.” As every country must do the very best that it can to counter this illicit activity, the U.S. sees its collaboration with Jamaica as one of significance. He argued that much must be done to promote Intellectual Property Rights, as it will serve to fight organized crime, promote the island’s creative industries, protect the health of its people and encourage economic growth.

The event was held on Thursday, April 27, 2017, as part of JIPO’s Intellectual Property Week of activities. It served as an antecedent to the public demonstration of the destruction of counterfeit items. In attendance were head of C-TOC, Assistant Commissioner of Police Clifford Chambers; Executive Director, JIPO, Lilyclaire Bellamy; Jamaica’s Commissioner of Customs Velma Ricketts-Walker and Puma’s Global Head of Intellectual Property, Neil Narriman.