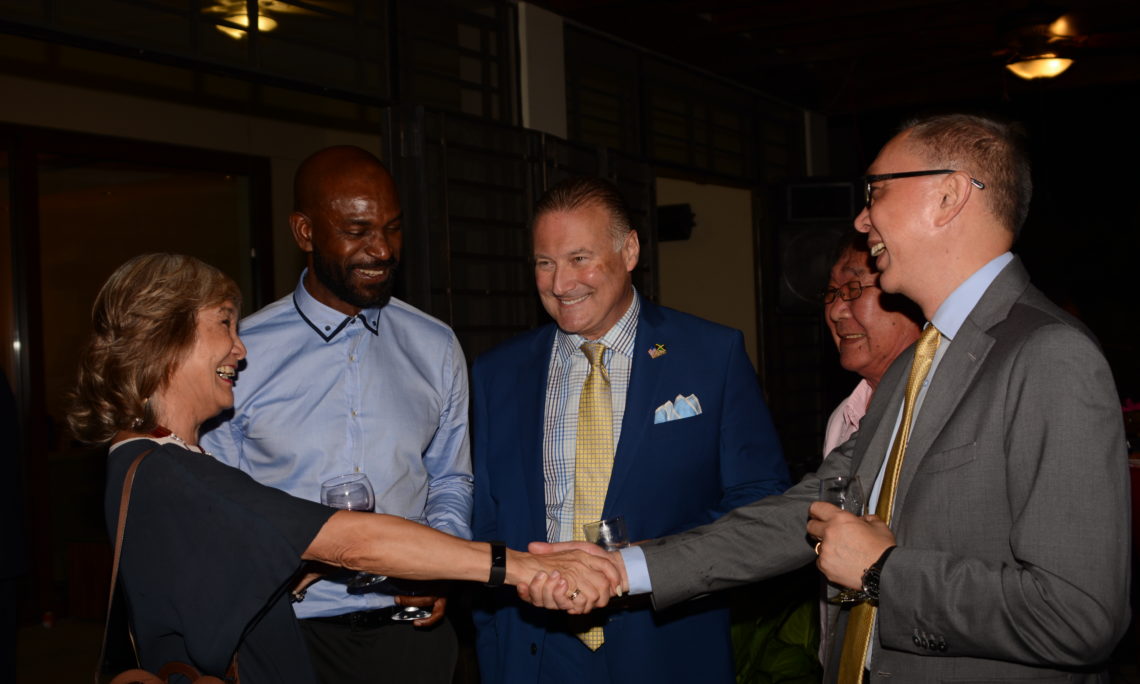 Chargé d’Affaires Eric Khant and his wife Halima Khant hosted members of government, civil society and the business community at the Chief of Mission Residence, for a ‘Thank You’ reception on Wednesday, September 27, 2017. Over 100 guests were invited to the event, as a show of appreciation for their partnership over the year.

During his remarks the Charge asserted that “when it matters we [the U.S.] will be there for you [Jamaica]”, assuring guests that the United States stands firmly alongside Jamaica, in strengthening its economy, security and democracy.