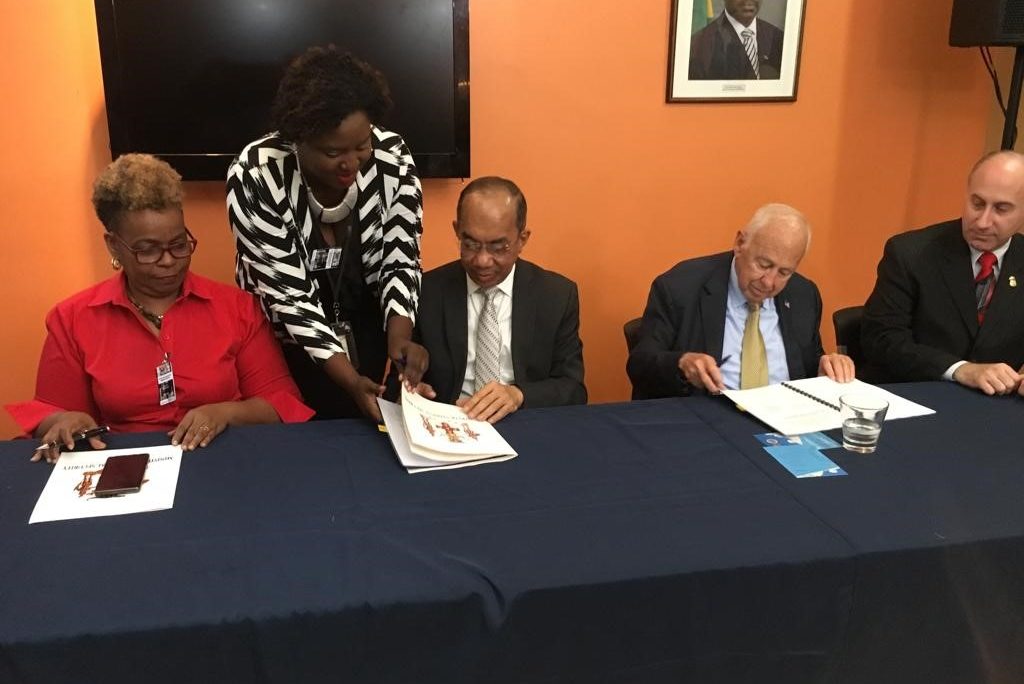 This agreement is critical for the U.S. Federal Air Marshal program as it allows FAMs to be deployed on short notice. During the signing ceremony, Ambassador Tapia remarked “these highly trained law enforcement professionals are dedicated to safeguarding the aviation transportation infrastructure from criminal and terrorist acts, 365 days a year around the globe”.  He went on to thank the government of Jamaica including the Jamaica Civil Aviation Authority for its committed efforts to cooperatively fight security threats in all forms.

The original FAM agreement with the Government of Jamaica was entered on November 8, 2008 with the first mission taking place on January 15, 2009. The Federal Air Marshal Service has entered into numerous agreements with countries world-wide, including a number of nations within the Caribbean.

The Federal Air Marshal Service is the primary law enforcement entity within the Transportation Security Administration (TSA). Internationally referred to as In-Flight Security Officers (IFSOs). Federal Air Marshals (FAMs) are trained to respond and resolve any criminal activity or other emergencies on board an aircraft.  The Federal Air Marshal Service executes its core mission by deploying FAMs on United States registered commercial aircraft throughout the world, utilizing a comprehensive Concept of Operations that aligns with TSA’s Risk Based Security strategy.