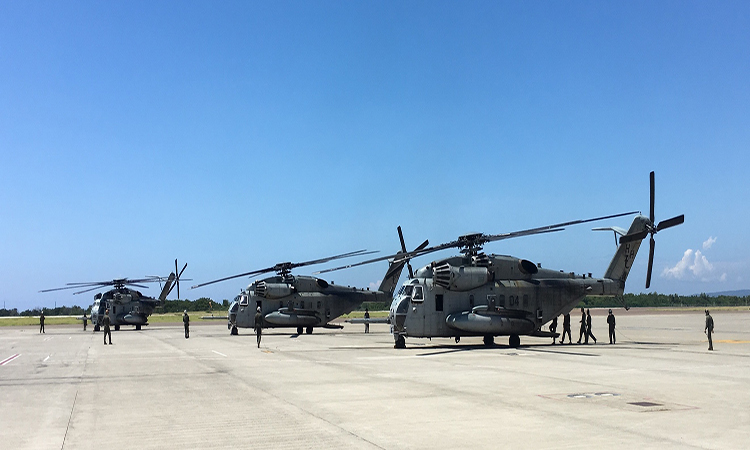 On September 12th, eight specially equipped cargo and utility helicopters transporting over 75 personnel from the U.S. Army and U.S. Marine Corps assigned to U.S. Southern Command (USSOUTHCOM) were deployed in two waves to Montego Bay and Kingston, while en route to Puerto Rico where they will stage with other U.S. forces to form a Joint Task Force (JTF).

The purpose of this deployment is to conduct Humanitarian Assistance / Disaster Relief operations in the eastern Caribbean to relieve human suffering from the effects caused by Hurricane Irma.  This JTF will support the U.S Agency for International Development’s (USAID) Office of Foreign Disaster Assistance that is coordinating efforts with regional authorities and humanitarian organizations on the ground, including the disbursement of disaster relief supplies funded through the USAID Mission in Jamaica.  The deployment through Jamaica was made possible due to close coordination between the U.S. Department of Defense team at U.S. Embassy, Jamaica with the Government of Jamaica and the Jamaica Defence Force.

In addition, a group of twelve Jamaican and U.S. consular personnel from U.S. Embassy, Jamaica deployed on September 11 to provide evacuation assistance to affected persons.  These missions form part of the U.S. Government’s wider response to Hurricane Irma, implemented in cooperation with other nations’ contributions.